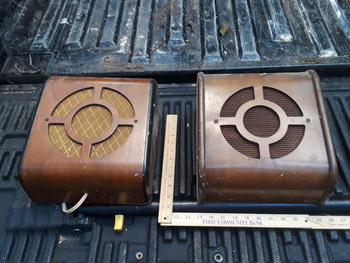 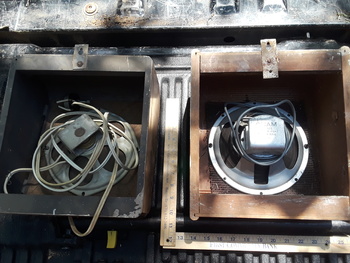 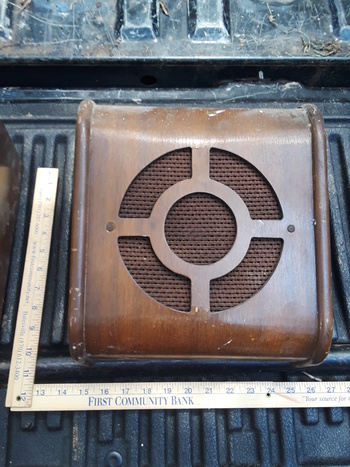 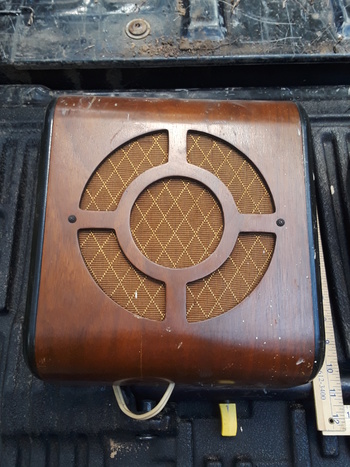 These two are nearly identical in construction, though their grille cloth and speaker driver units within are different. Both measure roughly 11" square at their backsides, their fronts are slightly angled from about 6" to 4" deep top to bottom. Both have evidence of a non-remaining maker's label/card that used to be stapled inside each. I actually have a 3rd one of these too, but it unfortunately suffered a little bit of a "fall" while being uninstalled from its (their) former location (which nearly cost me one of my ankles too, but no matter that) so it now needs to be re-glued back together -- thus I didn't bother to include pics of that one here too. Both these are shown in "as recovered" condition, including copious amounts of crud/paint drippings/etc mostly on their topsides (not shown) where that mess would have never been seen by folks looking at them from floor level.

They most likely date from roughly the 1940's-50's when similar such speakers were commonplace items in all sorts of settings -- these came from an old church.