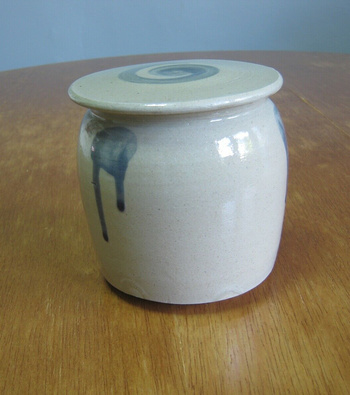 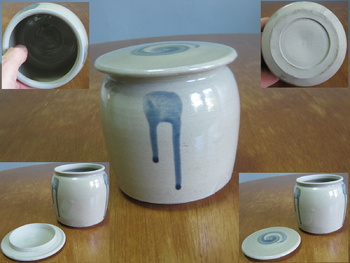 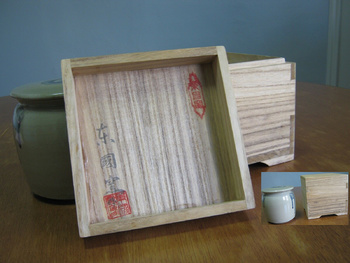 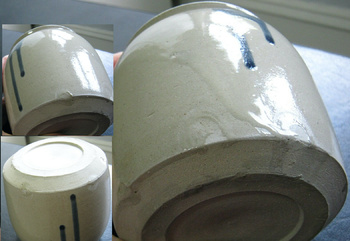 I've been looking at this for a few months and it really bugs me. I am a perfectionist by nature and sometimes the concept of wabi sabi is really irritating. I can embrace repair of broken things and allowing distortion of other things as part of the process of making it, but all of the flaws in the making of this piece seem so deliberate and forced that I at first walked away from it. What kept bringing me back to it was the idea that its maker felt it was special enough to put in a tomobako, though what appears to be a mass produced one. I finally caved in an bought it.

I have been looking for a ceramic tea caddy and while that may not be the purpose intended for this jar, it will suffice. Maker unknown, and I have put a bit of effort into trying to identify it and the style of pottery.