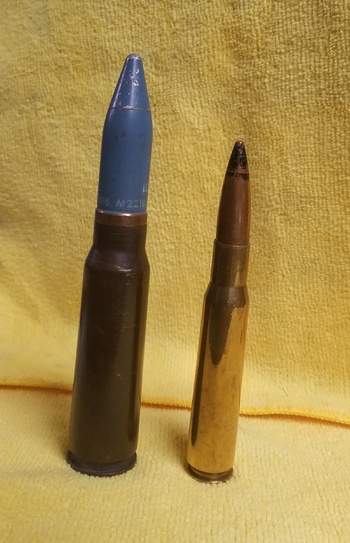 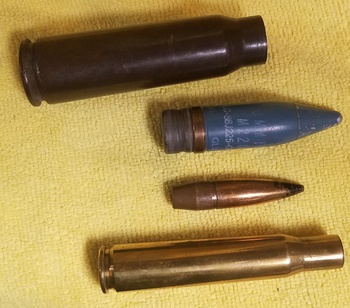 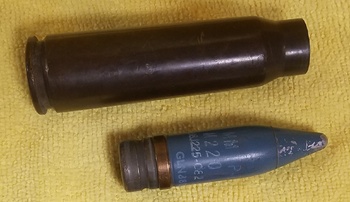 **This is an INERT training round!** Okay, now that we have the disclaimer over with,.... let's proceed....

An ex co-worker of mine gave me this training round. He knew that I liked odd stuff like this. He was ex-military and worked ground support for the A10 Warthogs. He was ex- Army and his name was Steve Rogers, YES....just like Captain America!

55A1/A2 Target Practice Round (M220 TP Tracer Round):
The M55A1 and M55A2 target practice (TP) round is ball ammunition, with a body made of steel. The projectile is hollow and does not contain a filler.

NOV. 2018 - $121.8 Million Disaster Strikes!
A maintenance worker accidentally fired a 20mm Vulcan cannon from an F-16 jet at a Belgian air force base, destroying a nearby F-16 jet and damaging others, according to reports.
The technician at Florennes Air Basein southern Belgium accidentally fired the weapon while performing maintenance work on the plane, hitting an F16 parked on the tarmac in front of a hangar.