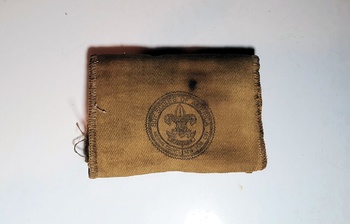 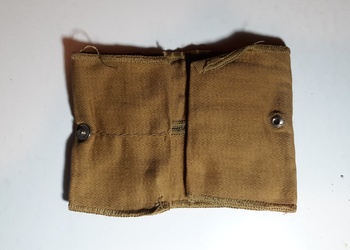 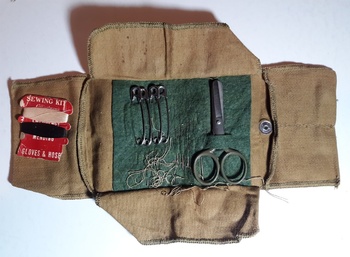 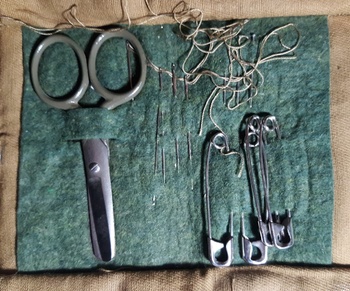 This is a neat little bit of kit. Part of being a Boy Scout is getting all the items in Boy Scout catalog. Not quite as cool as a first aid kit or axe but probably more useful and lighter to carry. It is about 4"x3" and weighs almost nothing. This can be worn on a belt or carried in a pocket.
Note the unfolding action going on here. Don't get to the action until photo #3. There are two side pockets. I had to take take an extra photo after I found the thread in one of the side pockets. After that I found a button but didn't feel the need for another photo. Anyway the type of button was 1950s/early 1970s which would be my guess for this anyway.
zOf course the main feature here are needles, pins and scissors on the green felt. Very exciting stuff, well I liked it. May get another that has some pieces that go in the side pockets. We shall see.