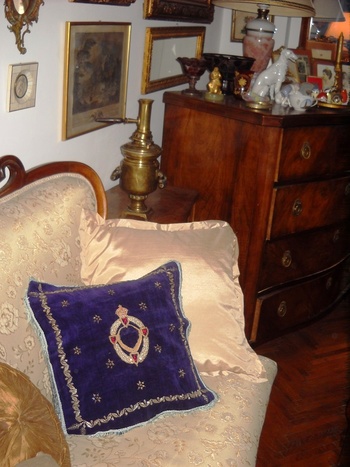 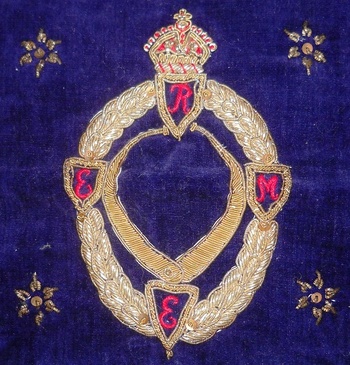 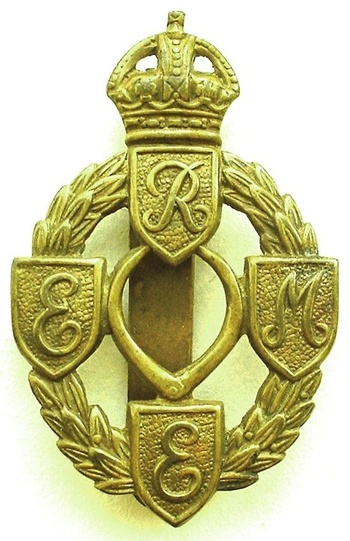 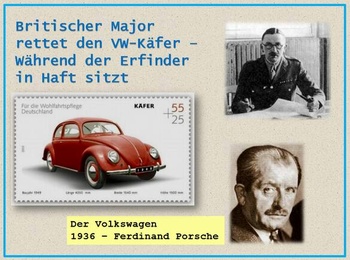 The Corps of Royal Electrical and Mechanical Engineers (REME) is a corps of the British Army that maintains the equipment.
The badge depicted on pillow cover and cap badge date from 1942 to 1947 when the badge changed. They bear King`s crown of George VI.
REME had a workshop at The Volkswagen factory in Wolfsburg and it was there that Maj. Ivan Hirst got Volkswagen back into production as early as July 1945, being in charge of the factory within British Occupation Zone.
The stamp in image 4: ``British Major Ivan Hirst saves the Beetle, while the inventor (F. Porsche) is sitting in prison``
To be honest, VW Beatle was a copy of Czech Tatra 97 car, and VW was sued for copyright violation. The justice never prevailed, though, because Czechoslovakia was invaded by Nazi Germany.