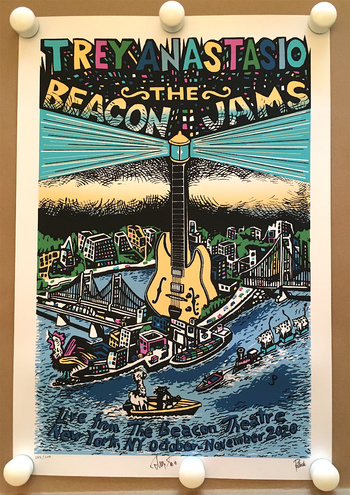 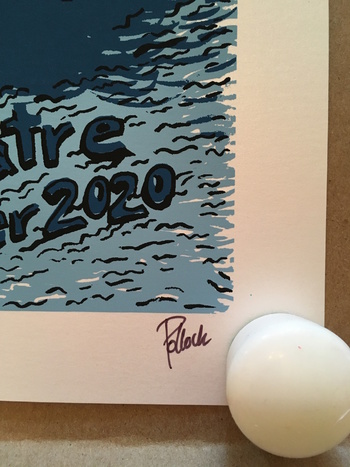 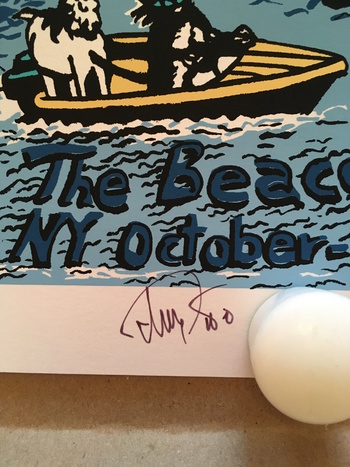 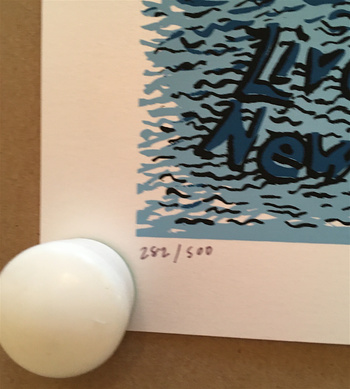 This just arrived today, Dec 7, after being in transit since Nov 19th, which was a bit nerve-racking because the arrival date was originally Nov 27. It's the variant edition of Jim Pollock's poster for Trey Anastasio's free streaming Friday night shows in Oct and Nov at the Beacon Theatre in New York. Dimensions are 15 x 22 inches, 7 colors on Neenah Stardream Crystal paper, and it's signed by both Trey and the artist. The main run was 1600 and had brighter colors. Only 500 copies of this more pastel edition were printed. A line-drawing edition was released at 200 copies, and a timed giclee print with smaller dimensions (11x17) sold a staggering 5300 copies. Proceeds from all four editions raised almost $500k for the Divided Sky Fund, which helps people suffering from drug addiction.