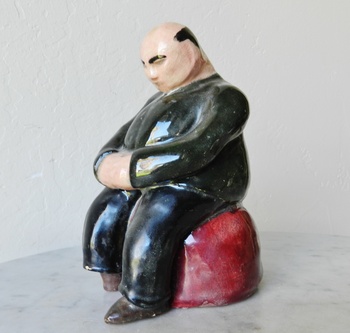 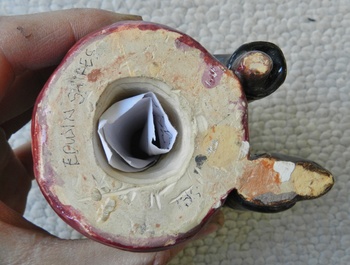 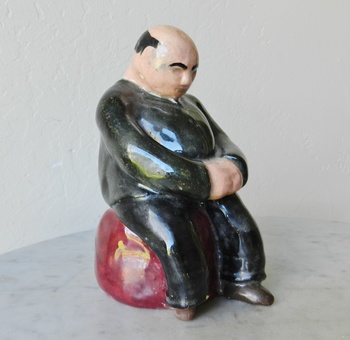 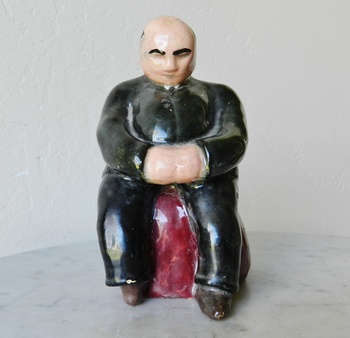 We've had this in the family for 20+ years, my mother thought it was ugly so she gave it to me. The note in the bottom says "Early Edwin Scheier c1910" which I DEFINITELY don't think it is. Its signed Edwin Scheier but that could have been done later. Something about it though looks very old and artistic. Does this work stand out to anyone?