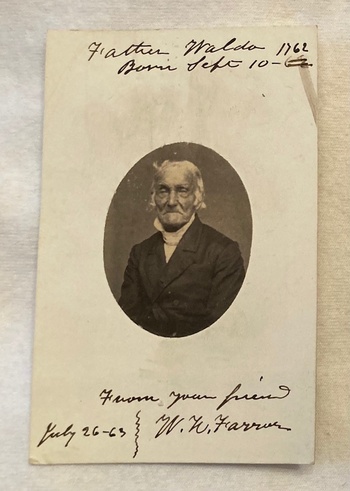 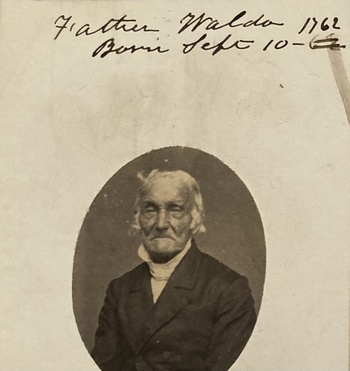 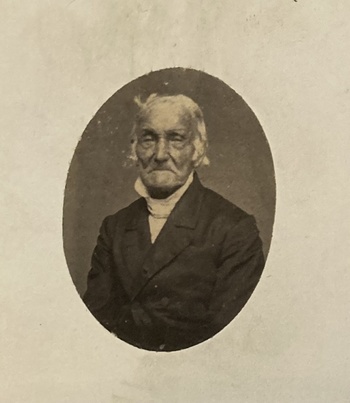 At the time of the Civil War, an effort was made to photograph and document surviving veterans of The American Revolution.

The resulting work, Last Men of the Revolution was published in 1864 by Reverend E. B. Hillard. The book documented the six surviving veterans in the Northeast.

One of those veterans was Daniel Waldo. Waldo was drafted into the Connecticut Militia in April of 1779. He was captured while on guard duty on Christmas Day and spent two months as a British prisoner.

This particular view of him was unpublished-- there is a similar standing shot, and this was probably taken at the same sitting.

Of particular interest is the period ink ID on this example-- giving the date and Waldo's birth.

There is considerable online information on Waldo and the others documented in the book.

Reproduction of this image is prohibited without permission.