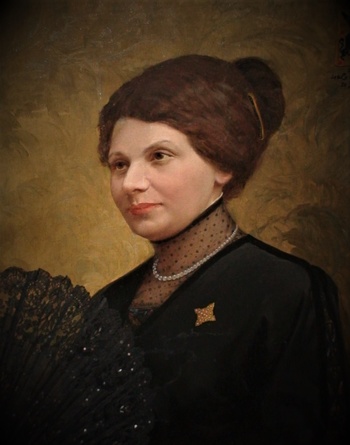 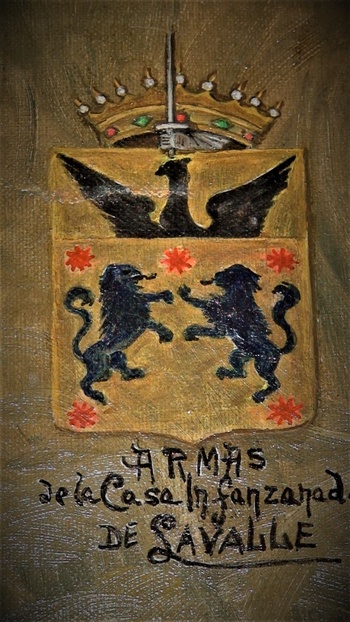 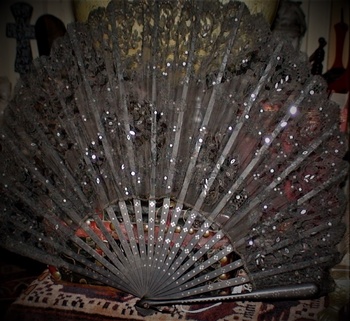 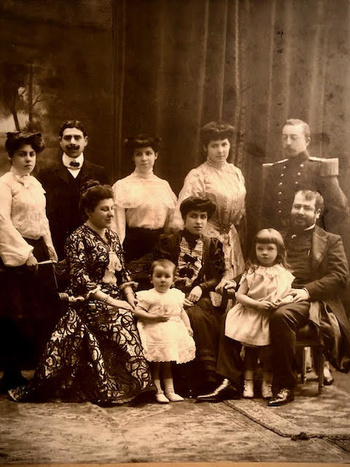 She was the direct descendent of General Simón de Lavalle Bodega de la Cuadra:
Simón de Lavalle was born in the far north of Spain, in Múzquiz, Valle de Somorrostro (province of Vizcaya), in 1706. He journeyed to Peru as an adult, appointed the Royal Magistrate of Piura, Spanish accountant for the Royal Bank of Trujullo, and Inspector of Cajamarca, Huamachuco, and Huambos. He bacame Mayor of Trujillo

Story is that her husband fell in love with the German governess and attempted to get Emma declared insane, but he was not successful in his plot. The subject is seated to the front left in the family photo.
There is a Lavalle Family coat of arms in the upper right corner of the portrait. I had purchased Emma's fan from the same estate sale previously and just found her portrait in another antique shop today.

Fan: Antique 1880s Handmade lace and inlaid ebony Victorian evening fan, the light would bounce off of the inlay and spangles. From the Belisimo Montero estate. Purchased in Brussels in the 1880s.