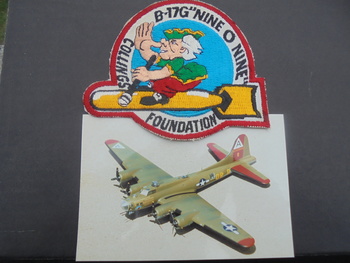 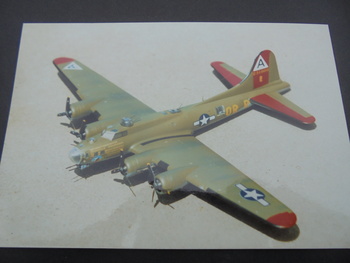 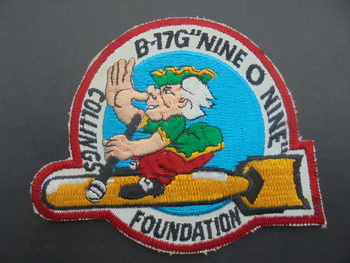 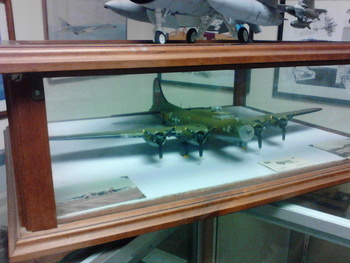 Boeing B-17g "909" had a rough career, and later it ended in tragedy. My first brush with this warbird was in 1987 when the aircraft visited the local airport for the annual airshow. On its final appearance that weekend most everyone in attendance watched as the 909 made the approach to land. After touching down a crosswind gust did not allow the pilot to settle the plane soon enough. Nearly halfway down the runway it was finally rolling, finishing the landing. However, the end of the runway was fast approaching and braking was not enough to stop the plane before reaching the end where a steep downhill slope was situated. The B-17g broke through the fence and went down into the valley, injuring a handful of paying riders. The plane was severely damaged. It took 3 years of work by airport resident Air Heritage Museum and others to get it back into flying condition. A day after the incident I went to the local camera shop where they also sold model airplane kits. I bought the 1/48 scale Monogram B-17G model, built it, painted and lettered it for the 909 and donated it to Air Heritage Museum. That was 34 years ago. The donation still resides in a glass covered display case there in the museum.. Several years ago the real 909 crashed after takeoff when 2 engines failed. Attempt to return to the runway came up short. The B-17 was destroyed and several paying riders and several crew members perished. Sad ending all around. 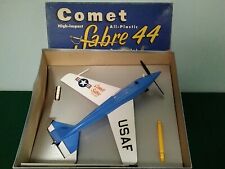 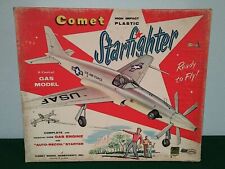 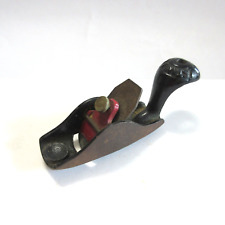