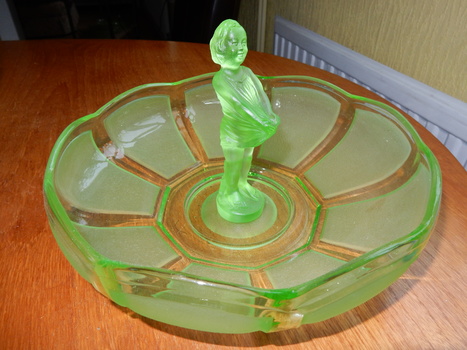 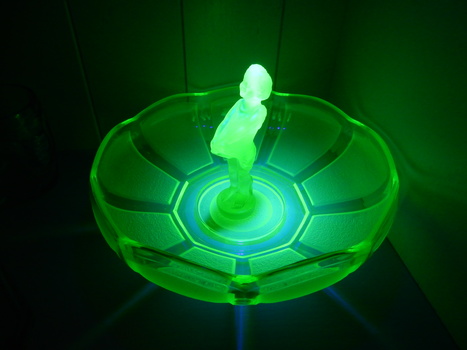 This 5 1/2" tall figurine is sometimes rather unkindly called "windy wendy". It is actually based on a lesser known fairy tale by the Brothers Grimm about an orphan girl who catches falling stars (stern) in her outstretched shift which turn into silver coins (taler). She is probably by the company Schweig and Müller and should stand inside a block in the form of a rock. I've put her in a bowl which is also usually attributed to Schweig and Müller, date is from the 1930's.