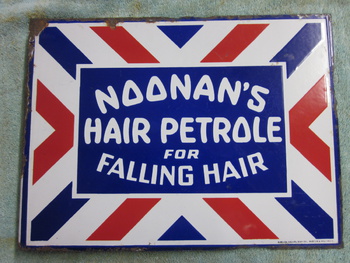 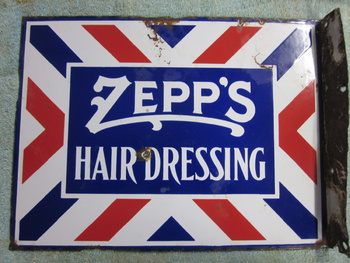 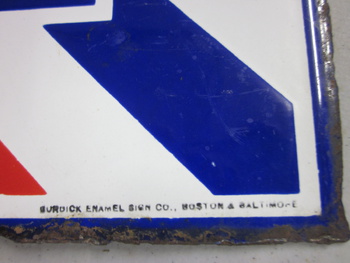 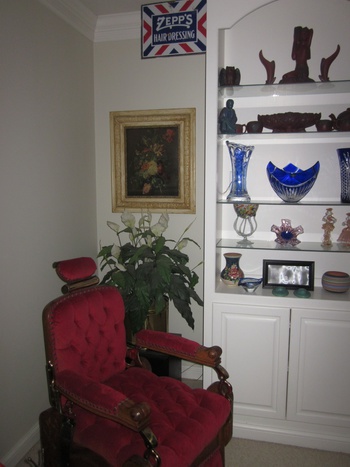 I picked this sign up in Bloomington Indiana, I believe it's going to hang out by the barber chair, but here is some interesting information about the company and product that is advertised on the sign. This is a cut and paste job:
Timothy Noonan was a Boston Hairdresser from 1871 through 1880. His primary address was on Washington Street: at 723, then 913, and 910. From 1871 through 1873, he was listed as Hairdresser & Saloon. Some time after 1880, the company became known as "T. Noonan & Sons". In 1913, they registered "Petrole" as a Trade Mark. At that time, Frank M. Noonan was speaking for the company. In 1920, Frank M. Noonan, registered the Trade Mark "Zepp's," and claimed to have been using it since 1876. Fike also indicated that the Zepp's Dandruff Cure was advertised in 1930 and 1942. Note one variant has the word Petrole misspelled "Pretrole." The product "Petrole Dandruff Killer" was for sale in the 1901 Morrison & Plummer catalog.

I hope you enjoy the pics and the info!