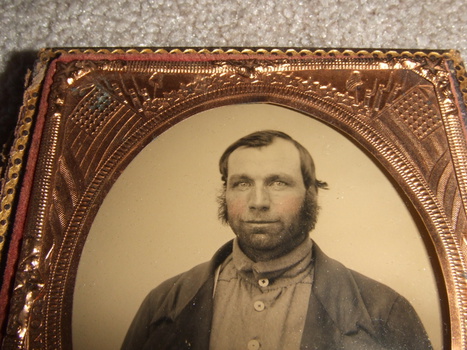 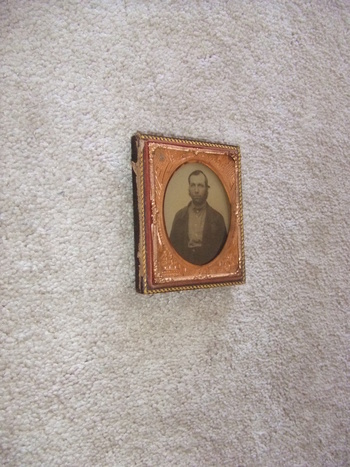 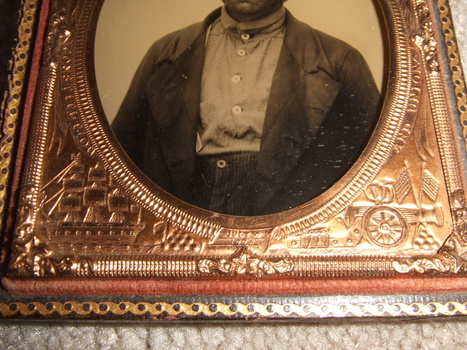 This is a sixth plate ruby ambrotype from the Civil War era.

The stamped brass matting is called the "Constitution and Union" mat and has those words along with a ship and cannon at the bottom along with "July 4, 1776". The top of the matting has thirteen stars flanked by the US Flag.

This particular mat was produced by the Scovill Manufacturing Co. During the Civil War there were several styles of Patriotic mattings produced by several different companies. 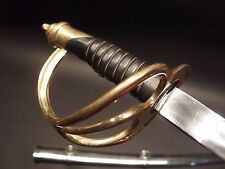