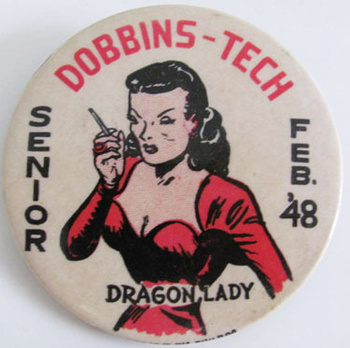 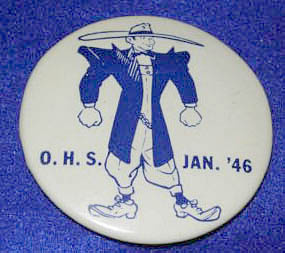 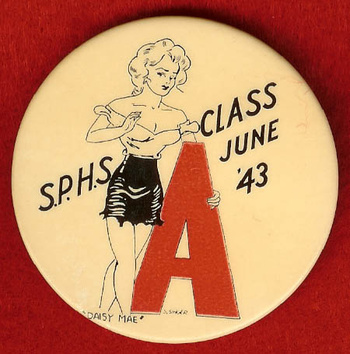 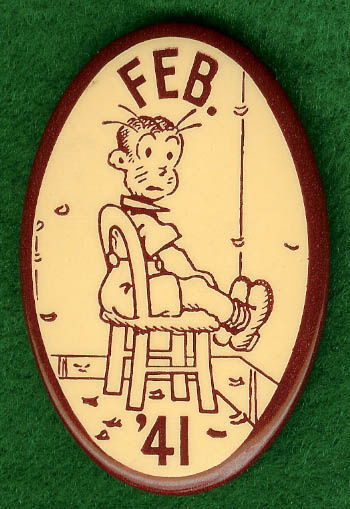 After completing a collection of Yellow Kid pinbacks over a 30 year period, mostly in the pre Ebay era, I started collecting pinback buttons issued by the Philadelphia High Schools. These pinbacks were issued in conjunction with each graduating class, of which there were two in most academic years. One senior class would graduate in January and one would graduate in June. The class chose an unofficial "mascot" or character to be represented on the button. Most often the character, which ran the spectrum from Frank Sinatra and Veronica Lake to Mopsy and Dragon Lady, was selected by class vote. The pinbacks most often had the name or initials of the school, the month and year of graduation, and no copyright or trademark. Would like to hear from other individuals who collect the pinbacks from the Philadelphia High Schools, as I am attempting to document this genre of pinback. Hud Baer