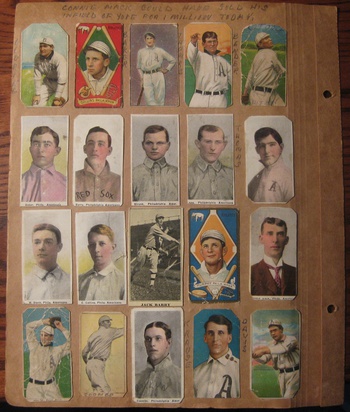 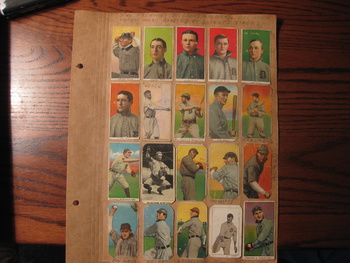 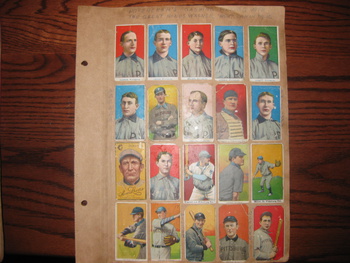 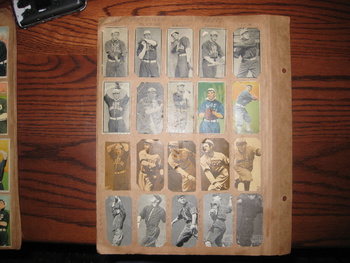 This is a baseball card scrapbook consisting of aproximately 800 cards from the early 1900's. The cards aren't in the greatest condition but include many of the all time greats as well as many rare hard to find issues. The cards are primarily tobacco and candy cards. Included in the album are several articles from the early 1930's which leads me to conclude that the scrapbook was assembled at that time. I would imagine that some kid after obtaining the cards from several different sources(which explains the different styles of trimming), pasted the cards into the album at this time. The scrapbook has a total of 47 pages.