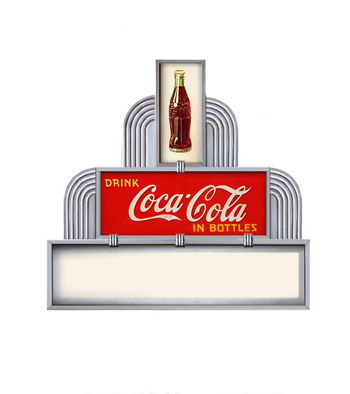 In response to a previous post, I promised to show how the sign was used.
Here you go . . . it was used in a built up fashion as shown. Many times it would incorporate a privilege panel along with a coke logo sign of some fashion. It was used between 1938 and 1941. In 1941 the "new betty" signs came into play. They were the ones with the guy and the girl on them.