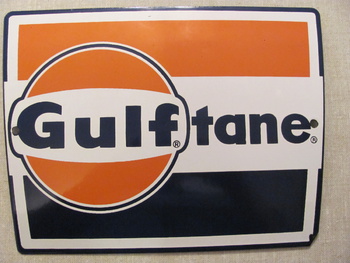 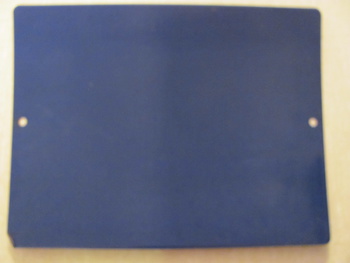 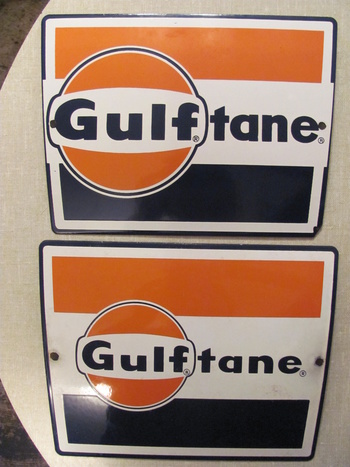 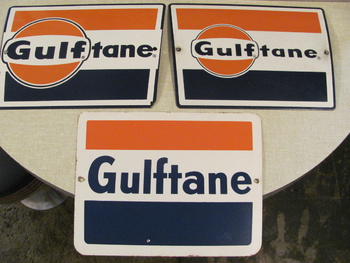 It only makes sence that when you start to collect ANYTHING, that you begain with the easier to come by, less expensive items, that way, as your learning & make mistakes, they dont hurt so bad. So it goes with my Gulf Oil Co. gas pump plate collection.Look on E-Bay at any time & you'll see the same Gulf signs, all selling at the same average price, depending on condition. Im at 19 now, & about 4 plates ago i crossed the price threshold, with the last four costing as much as the first nine or ten. A little Gulf 101:
Gulftane was a sub grade regular product (regular is 87 oct.) produced to compete in the gas wars of the ,used between 62-71.
pict.#4- bottom sign- was only used between 1962-63
top right sign-was used between 1963-71
top left sign-was used on the east coast only, & is a rare find for a late model pump plate.
pict.#1-2 is the "large" logo Gulftane front & back
pict.#3- you can see the difference in the "large" & reg. Gulf logos. 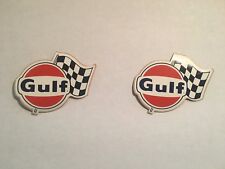 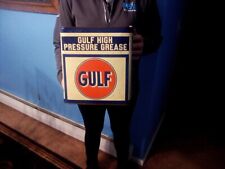 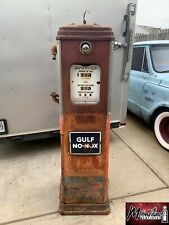