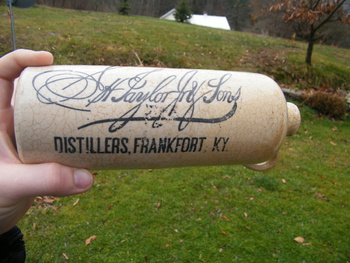 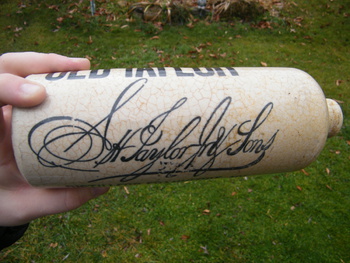 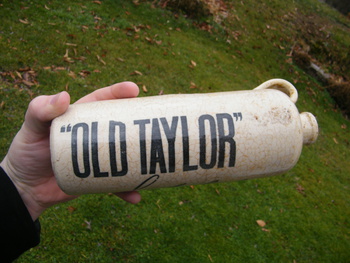 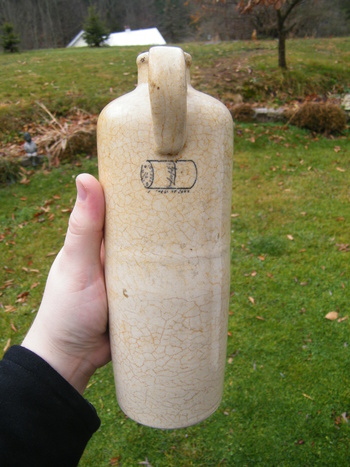 My father dug this in White Sulphur Springs, West Virginia in the 60-70s.
Behind a brick Cival War Era House.

It's currently the only known example,

"Old Taylor Bourbon was named in honor of Edmund Haynes Taylor, Jr. who lived from 1830-1923. Taylor was one of Kentucky’s original Bourbon aristocrats and was called the “father of the modern bourbon industry.” He was an industry leader who greatly advanced the quality of Kentucky Bourbon and safeguarded the Bourbon label from bogus producers. Taylor started and owned seven different distilleries throughout his career, the most successful being the O.F.C. and Carlisle distilleries, the forerunners of today’s Buffalo Trace Distillery.

In 1894, E. H. Taylor, Jr., and his sons, J.S. and Kenner, organized a corporation under the name of “E. H. Taylor, Jr. & Sons”. Soon thereafter their corporation acquired the distillery plant and all other assets of their former partnership and resumed the manufacture and sale of whiskey under the brands “Taylor” and “Old Taylor”. It appears that after 1910 the single word “Taylor” was seldom, if ever, used as the brand name, but thereafter the words “Old Taylor” and the script signature of the corporation “E. H. Taylor, Jr. & Sons” appeared conspicuously upon all labels and in all the advertising matter of the corporation."

check out the article on it here, at PRG's Blog, Thanks Ferdinand
http://www.peachridgeglass.com/2012/12/a-question-regarding-an-old-taylor-find/ 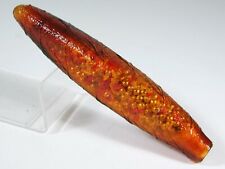 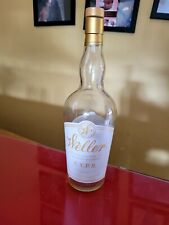