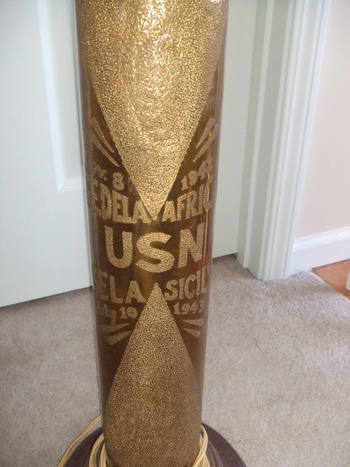 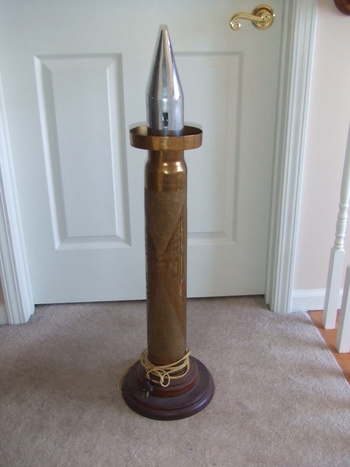 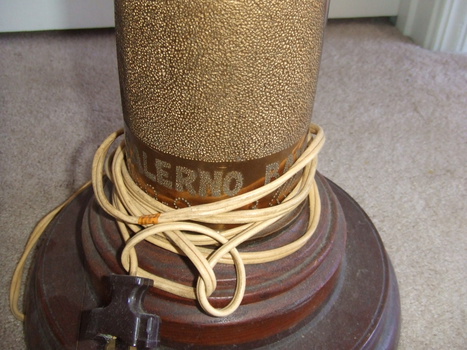 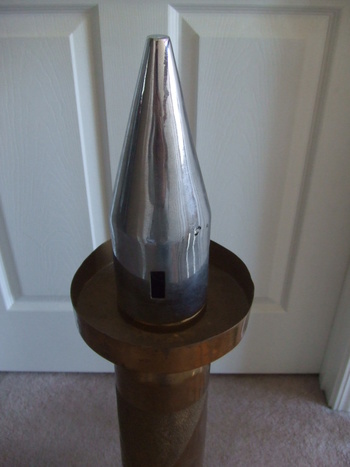 This is a huge WW2 naval shell that has been punch decorated and turned into a lamp. The basic form is a lighthouse and it stands over 3 feet tall.

The shell was made (or commissioned ) by a USN man who participated in the North Africa Invasion. Called Operation Torch, the invasion began on "November 8, 1942".

Below that is documentation on participation in the Sicily Invasion. Called Operation Husky, the invasion began on "July 10, 1943.

I do not have the name of the USN man who owned this shell. It is well constructed and the slit cuts in the top actually give it a true lighthouse appearance when it is on.