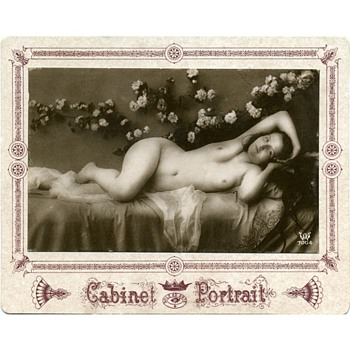 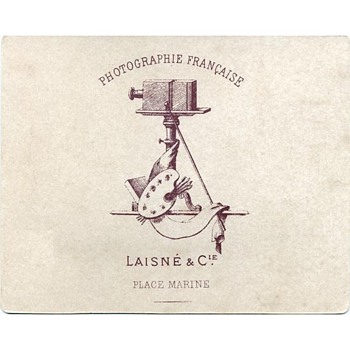 A while back I posted an early boudoir style Cabinet Portrait of a tastefully posed nude. I had actually acquired two cards and now finally getting around to posting this second picture.

Both cabinet cards have the same layout and graphics on the front and back; only the images differ. “Photographie Française” on the backside is a reference to the Société française de photographie which was founded in 1854. It was an organization that primarily dealt with commercial interests. Cabinet cards with the Photographie Française reference are not uncommon, but this ‘cabinet portrait’, and my original post, are among best I’ve seen.

The cabinet is undated and photographer unknown, but more than likely is an advertisement for a studio by the name of Laisné & Cie. The terrific graphic on the back depicts an early style of European sliding box camera on an iron column stand; which typically dates to the 1850s. The card might not be this old, but I love the image and graphics. 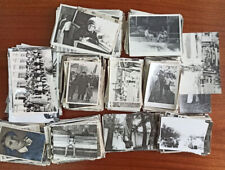