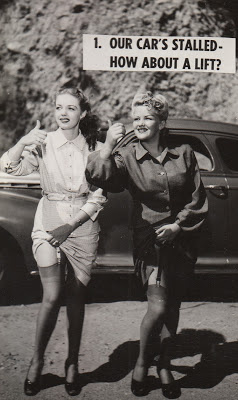 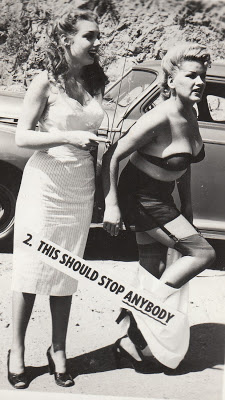 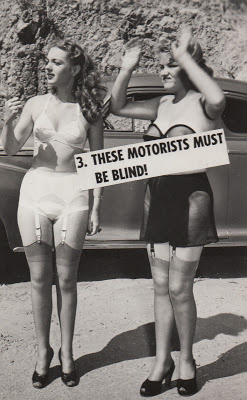 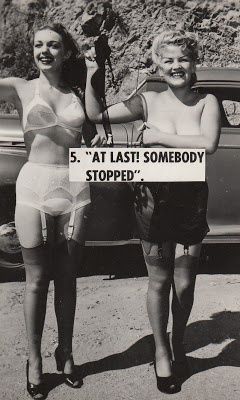 Some amateur photographer and his "dates" for the afternoon set out to create a hilarious set of real photo postcards in the 1950s. Buffoon "best friend" plays the cop. An inept play on the "show them some leg" hitchhiker gag! They may be (in fact, they ARE) stupid...but you gotta admit what dames wore under their hitchhiking clothes was interesting back then. How they got to the canyon in our little vignette is hard to fathom, but the only one complaining is the fake Highway patrolman. I presume the four of them heading out in the morning in that very car with the camera equipment and the ride there cries out for dialog! It would probably be better dialog then the captions ineptly placed over the negatives for printing. 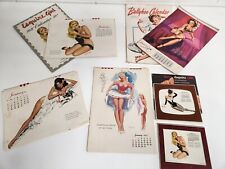 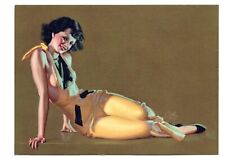 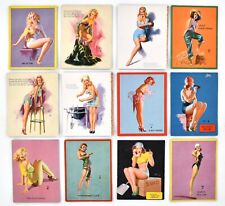