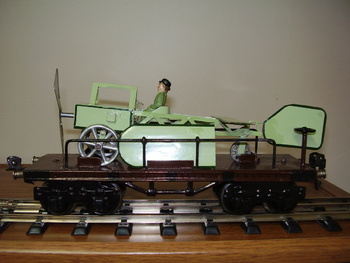 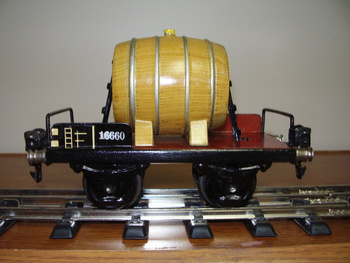 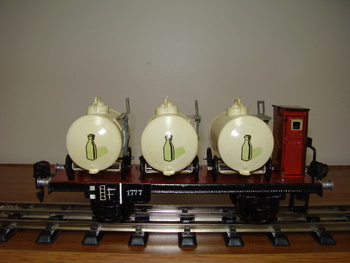 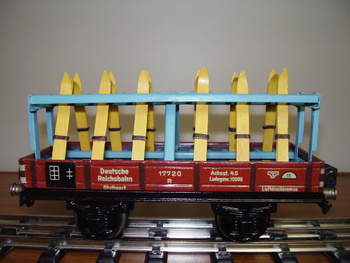 Pic #1. Marklin airplane wagon. I have not seen it in European auction catalogues. It dates back to the 1930s. The original pilot has no legs. It has a uniform, a military cap and large glasses. The color of the uniform is military-gray-green.
The two wings actually attach to the airplane. Nothing missing!

Pic #2. The barrel is not wood. It's tin-plate! It is painted in imitation of wood!

Pic #3 is a car that holds three milk barrels. Each sit on a four wheeled dolly that sits on the wagon and can be removed.

Pic #4 is a ski car. This car was found with only half the skis on it. My dad actually manufactured the rest based on existing skis on it. Mr. Bauer who is an expert in his field, took a close look at the skis my father made. This is what he says:
"A good and accurate work of your father! One can see no difference! ... However, all the skis are newly painted ... ".
The paint is original Marklin pain purchased in very small quantities from a supplier in Germany years ago. I have all the containers here, they are very small and in many, the paint is dried up. He used acetone to bring it back to liquid form, enough to repaint the skis and touch up other items.
I found the ski car in a 1999 Christies catalogue and it dates back to the 1930s. 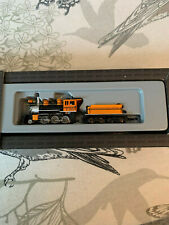 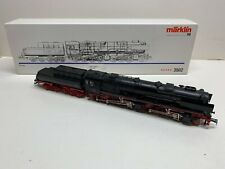 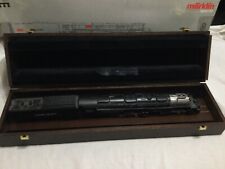