Here are some of the headlines, auctions, and blogs that caught our attention over the week. 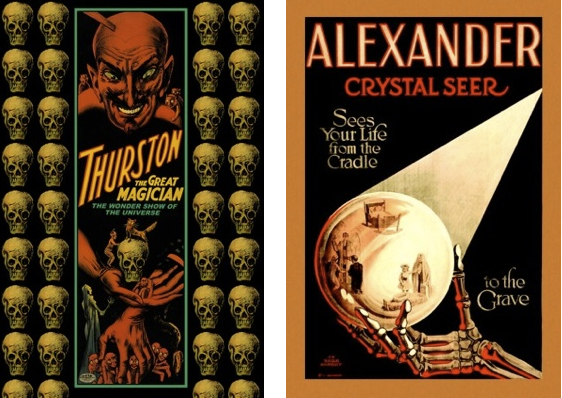 As you know, we love posters, so we were stoked when Boing Boing alerted us to this cool Life slideshow of spooky, Halloweeny magician posters from the early 19th century. And for those of you who love graphic art, graphic novels, and comics we regret to inform you, this year’s San Diego Comic-con, which is Mecca for self-proclaimed geeks everywhere, has sold out. Apparently being a geek has rapidly become chic, as it sold out in record time seven hours, as compared to two months the year before. (Via Comics Beat)

If you prefer to nerd out about baseball and ‘80s movies, odds are you’ve been kept up nights wondering exactly what Cubs games Ferris Bueller attended when he caught that foul ball in “Ferris Bueller’s Day Off.” Well, you can finally sleep, thanks Larry Granillo of Wezen-Ball, who has gotten to the bottom of this mystery. (Via Wired Playbook)

In our world of Facebook, Twitter, iPhones, and Skype, it turns out the old-school connectivity is still thriving. Ham radio is more popular than after, according to Wired Epicenter. While one quaint, antiquated hobby survives another old technology dies: For the first time, new cars won’t have the option of coming installed with tape decks. (Via Mental Floss) However, as these works by Finnish artist Sami Havia posted at Lost at E Minor show, cassette tapes can be turned into wicked cool album-cover pop art. 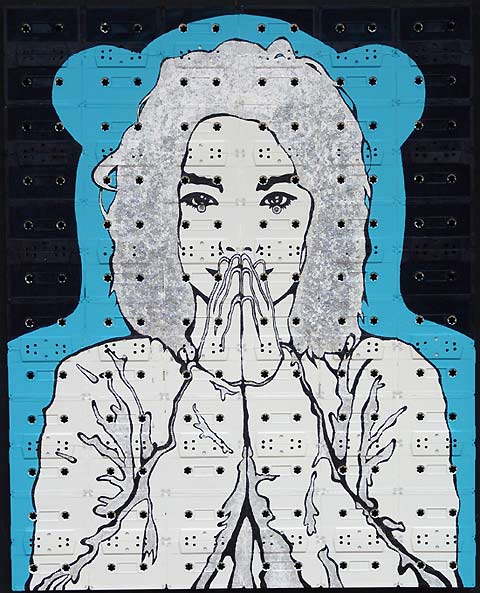 These days, thanks to the continuing popularity of furniture giants like IKEA and Design Within Reach, Mid-Century Modern is all the rage. We’re learning that this sleek, edgy art movement had its roots in sunny auto-obsessed L.A., where people had a little different perspective than the East Coasters. First, check out the new documentary on the early days of modernism, “The Cool School,” via GrassRoots Modern and then mark your calendar for the “California Design, 1930-1965: Living in a Modern Way” exhibition coming to the Los Angeles County Museum of Art in October.

For a fascinating glimpse into the life of another another 1950s misfit, check out the Paris Review’s story about an evening with J.D. Salinger. If you’re looking for writers behaving badly, don’t miss Flavorwire’s gallery of author mug shots to read about the crimes of Ezra Pound, Dalton Trumbo, William Burroughs, and Emma Goldman. Need even more film-camera fun? A Brooklyn Museum’s exhibition reveals the photos Norman Rockwell used to create his work, depicting a much more charming version of 19th-century American culture. (Via ModCloth)

You might not know this, but in the 1940s, brilliant women, a.k.a. “human computers,” used their intellects to help the U.S. succeed in World War II. (Watch the video at Gizmodo.) Then in the ’50s, we got Barbie to remind us ladies not forget about our outsides, and by the ’80s we had the original backstabbing television “housewives” of “Dynasty.” What do you get when you put those two things together? Awesome doll catfighting potential. You’ve come a long way, baby! (Via Gawker) 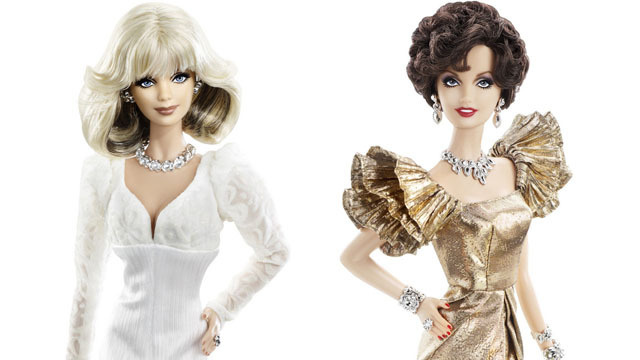