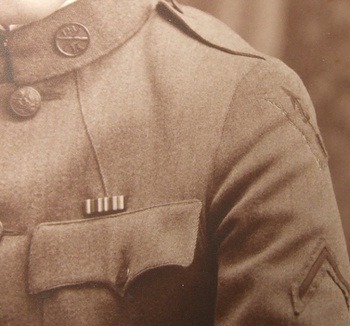 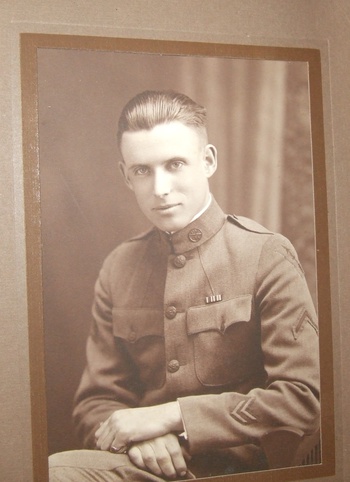 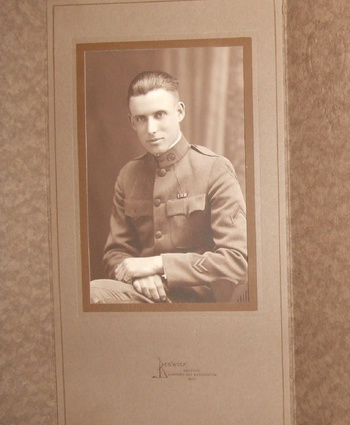 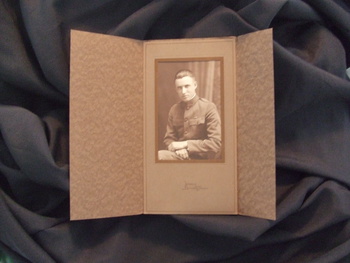 WW1 32nd "Red Arrow" Division soldier. Soldier is from Wisconsin and part of the 128th Infantry Regiment. The 128th was a WI National Guard unit that was activated in 1917 for WW1 Service.

The unit served in 4 campaigns during the war, earning the nickname "Les Terribles" or the Terrible Ones.

This particular soldier was out of Wisconsin as this image was taken by a WI photographer. The photograph was most likely taken shortly after the units return to the US as this soldier has the "Red Arrow" patch on his shoulder. Additionally, his "128th Infantry, Co. K" collar brass is visible.

I am not sure of the ribbon bar on his chest. It may be for Mexican Border service, but I haven't checked it out yet.