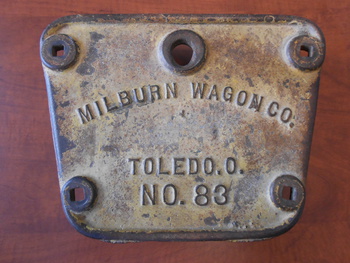 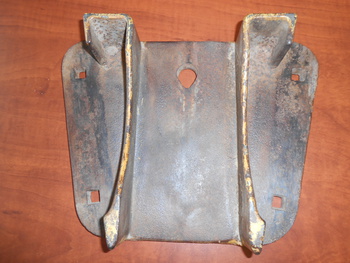 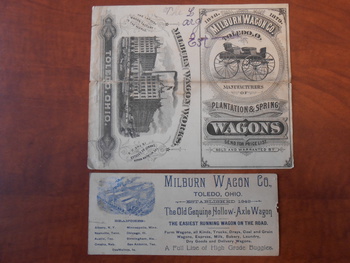 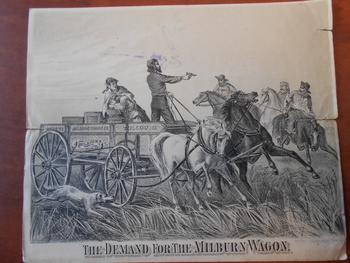 This is one of two posts showing some items I have acquired related to the Milburn Wagon Co. which moved to Toledo, Ohio from Indiana in 1875. It became the largest manufacturer of farm wagons in the world until the end of the century. Eventually as automobiles became a more affordable method of transportation, Milburn attempted to move into that industry but the success was short lived. I have a Milburn cast iron plate/sign that would have been affixed to the wagon as a method of identification and advertising. The No. 83 designated the model number, which dated to approximately 1885. I also have a advertisement that is dated around 1879, and an advertisement calendar (showing the back only) which is dated 1890. The final picture is the back of the 1879 ad that shows a western confrontation while riding a Milburn wagon.