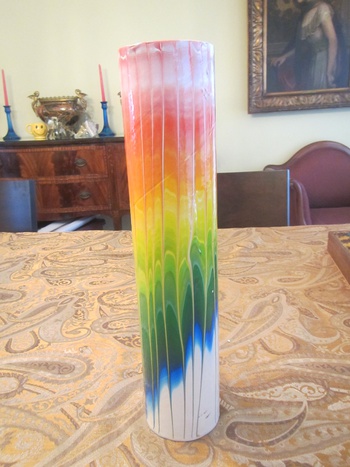 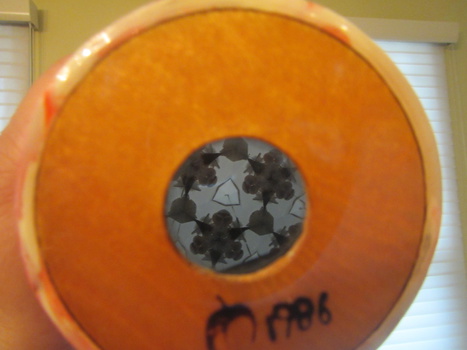 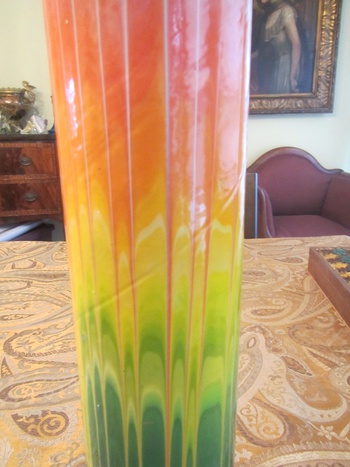 I saw this kaleidoscope sticking out of the "just brought out" bins and immediately swooped on it. I actually thought it was a vase at first but quickly realized what it was.

It is made out of a laminated paper? Awesome rainbow design on it which you can look at for a long time. The inside patterns are made out of sea shells which took me a while to realize.

I am so not up on my kaleidoscope designers. Anyone recognize that peach/apple/cherry thing?