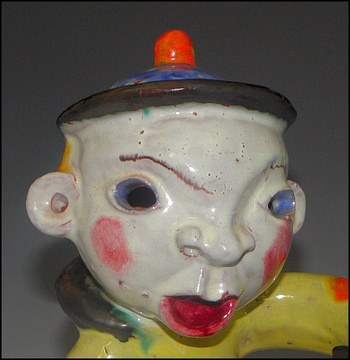 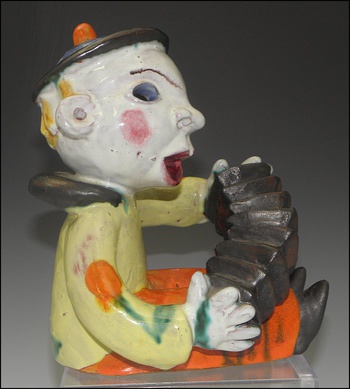 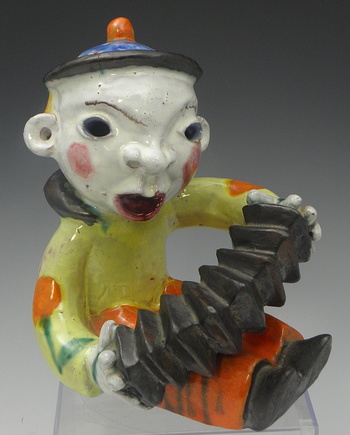 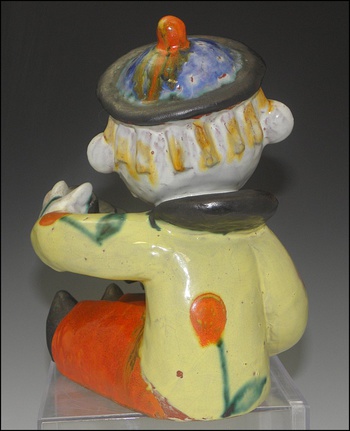 Bosse studied ceramics under Michael Powolny and was given the opportunity to sell his work at the Wiener Werkstätte by Josef Hoffmann, who became his mentor.

This example is 7 inches tall, marked "Austria". It is made of a brick red clay or terra cotta and covered with polychrome glazes. It is likely from his studio in Kufstein, circa 1933-37.