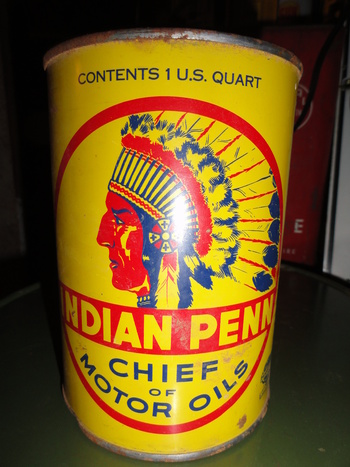 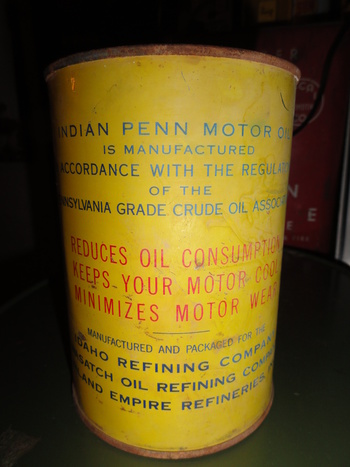 OK, Help me here people. I got this from a farm in NW Arizona. A guy there has a farm that dates back to the turn of the century. He had this can in a box of cans. It was rescued from the basement of a 1907 home.
WHAT I KNOW: It is Original. It is pre 1947. I know this because Indian Penn was bought by Phillips 66 at that time. I read that all dealers were told by Phillips to destroy all Indian Penn cans and they were replaced by phillips 66 cans. I read one article that talks about the can in this type of NM condition being worth lots of money. I saw repo cans sell for $80. I saw only (1) original picture of one that was faded and had a rust hole the size of a silver dollar on the front. It sold for $50.
WHAT I WANT TO KNOW: What is the value of this bad boy? In case anyone is wondering? I would never sell it. The untold story of HOW I found this pick is far too cool to part with this can. Any thoughts?