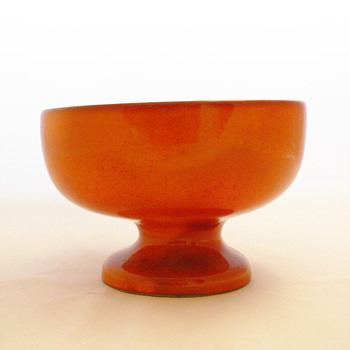 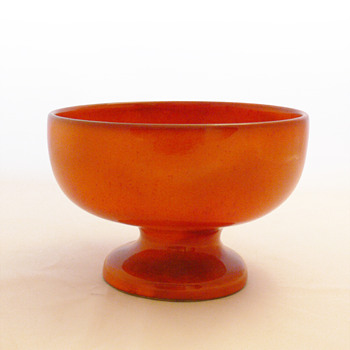 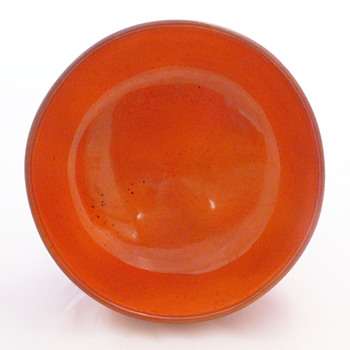 Yes, it seems this is the time for French mid-century modern pottery, or maybe is just a coincidence. After Chambost’s jug, here I am sharing with you this beautiful footed bowl by Jacques (1926-2008) and Dani (1933-2010) Ruelland.
It’s got a beautiful orange glaze, with red small dots here and there, and it darkens towards the top rim as the grey of the manganese clay they used can be seen (or just guessed) under the thinner layer of glaze on the rim .

Once again I have been unable to find much information about the Ruellands. Some people talk of them as brother and sister whereas others do as husband and wife. It seems Jacques worked mostly in the glazing and enamels whereas Dani did her work with the shapes, that are highly simplifiedand even amorphous… They were focused on experimentation and created diverse forms and shapes using different techniques and materials for production.