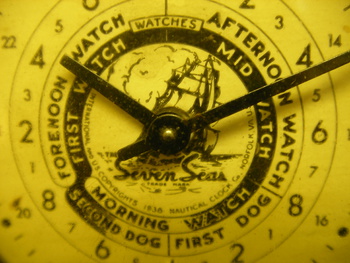 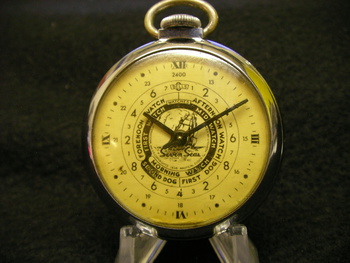 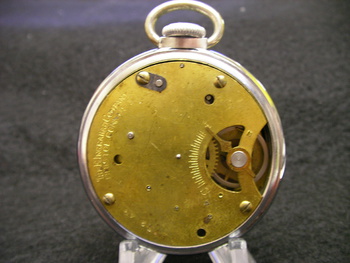 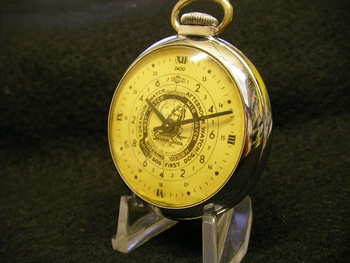 The phrase 'Seven Seas' can refer either to a particular set of seven seas or be used as an expression for all the world's oceans in general. Seven Seas is also a registered trademark used for dials on watches, clocks & chronometers - filed on the 21st February 1939 by Robert L. Hunter of The Nautical Clock Co. under the registration number 0642617.

The Seven Seas pocket watch (aka Sea Scout pocket watch) had been in production and updated for several decades since first appeared in 1938. They were marketed by Nautical Clock Co. of Norfolk VA USA and powered by an E. Ingraham movement. The dial design is particularly interesting as it has incorporated a 'Watch System', which is a method of assigning regular periods of work duty aboard ships and allows the ship's crew to effectively operate the ship 24 hours a day for the duration of long voyages.

This pocket watch posted here probably belongs to the late 40s or the early 50s era. Several CW members have also posted fine examples of the Seven Seas Clock and pocket watches including the first issue in 1938 and here are some of the the links for comparison :