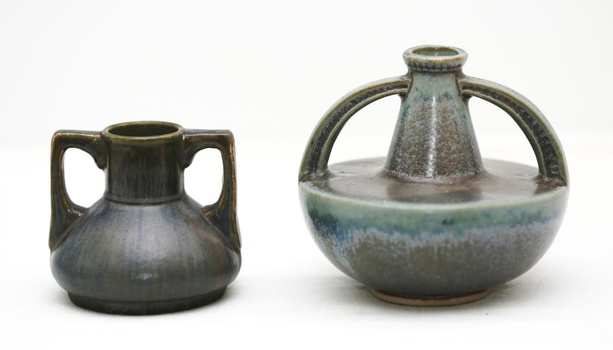 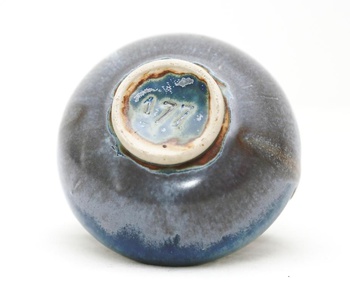 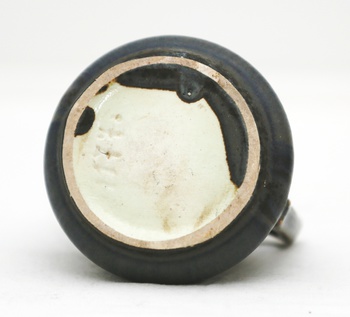 Two small unidentified vases which are probably French and not necessarily from the same place. If anybody has any guess as to their identity, I will be happy to hear from you. I bought them on a flea market from a glass collector who had tried in vain to get rid of them for some time, so every time I saw him, he had lowered the price and finally I bought them!

The larger vase is 10.5 cm tall and covered with a nice blue and grey glaze. It is marked only with a number (177). It is quite elegant with its half-spherical body and the two handles. It is heavier and more ‘sturdy’ than the other one. The smaller one is dark grey and somewhat lighter than the other. This is also marked only with a number (1177). I suppose it could be a Denbac vase, but again, if anyone has a better suggestion, I’ll be happy to hear it!