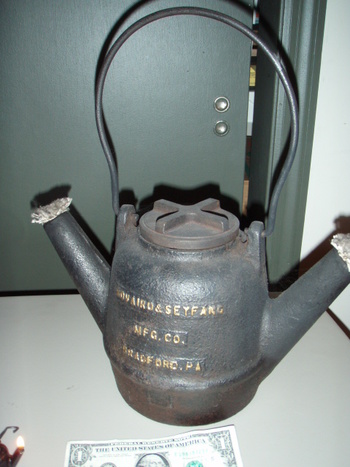 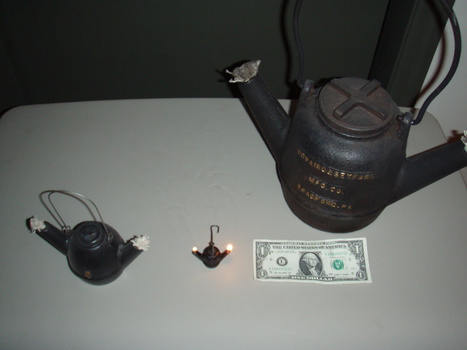 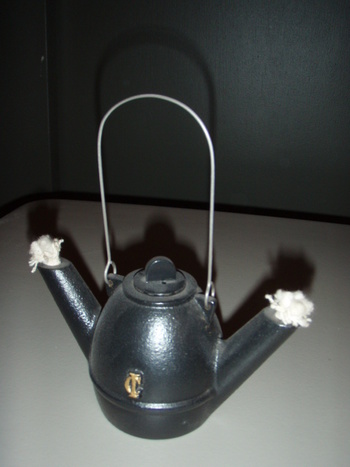 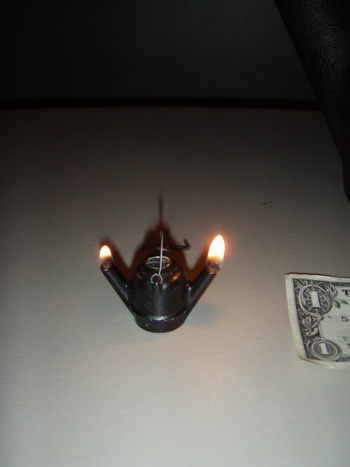 The first photo shows an original Yellow Dog. The two smaller ones are those that I made to display with my model hit/miss engines. I get the cast iron castings poured at a local Amish iron foundry in Intercourse PA. Yes... you heard me right, I said Intercourse. It's a tourist town that attracts people who want to gawk at the plain people. By the way, this is the town where Harrison Ford made that ice cream scene in front of the hardware store in the movie 'Witness'.
Anyway, yellow dogs were used by the operators of the pumping engines, in the oil fields of Western PA. They burned the crude oil that they pumped from the oil wells and they burned with a lot of smoke and an eerie yellow glow.
When used at night to light up their well heads so they could see to maintain the pumping engines, they appeared to look like the eyes of a mad dog when viewed from one wellhead to the next wellhead. This is how they became known as "Yellow Dogs".
They have become very collectable, if you can find one, and quite expensive when you do find one. This is why I started to made the patterns and have them poured in a smaller scale. I burn liquid paraffin or citronella oil in the models (much cleaner to burn).