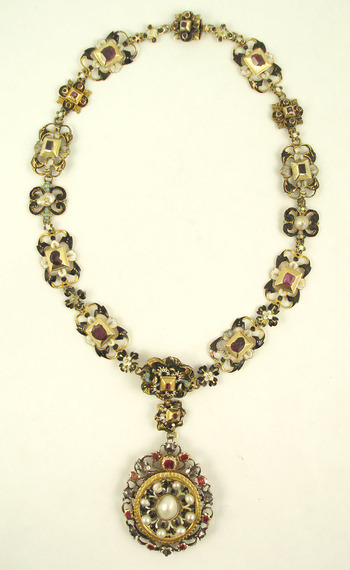 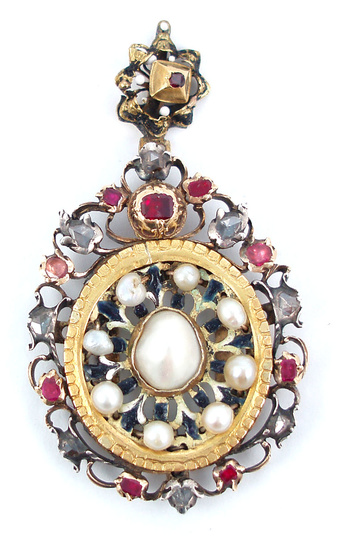 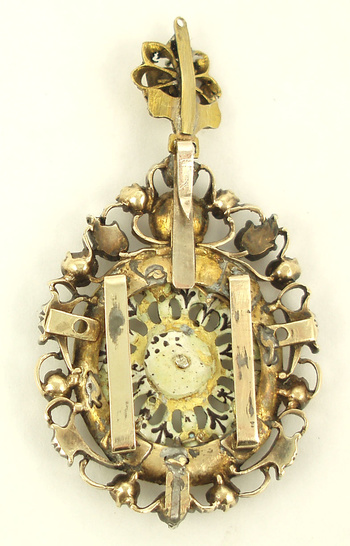 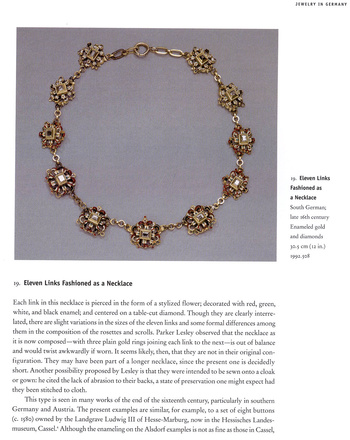 In the same way that houses change over time, this enameled chain and pendant show similar "additions." Probably one of those pieces of jewelry inherited from grandmother and it was "totally out of style..." The 4th photo is a similar necklace from "Renaissance Jewelry in the Alsdorf Collection," The Art Institute of Chicago Museum Studies, pg 53.

The majority of the gold and enamel chain is late 17th century set with rubies and pearls.

The center piece, from which the pendant is suspended was added in the 18th century.

The clasp and the two sections two in from the back were added in the 19th century.

The pearl pendant center is a 17th century slide with enamel reverse which was put into the ruby and diamond surround in the 18th century. 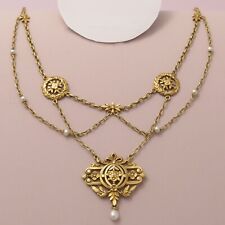 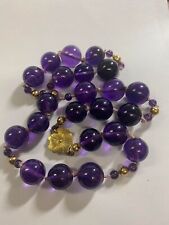 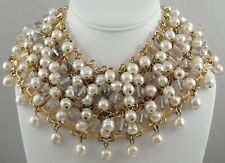 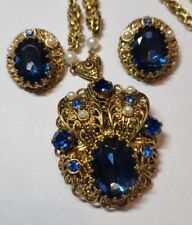