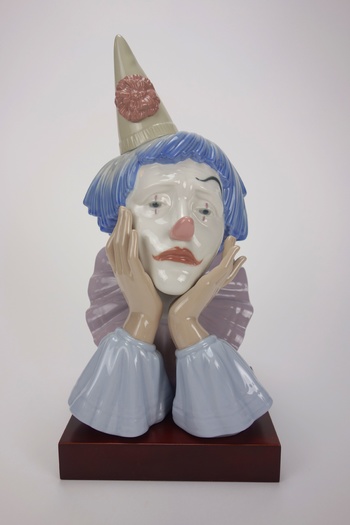 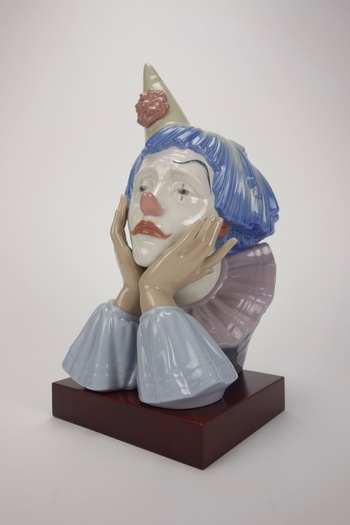 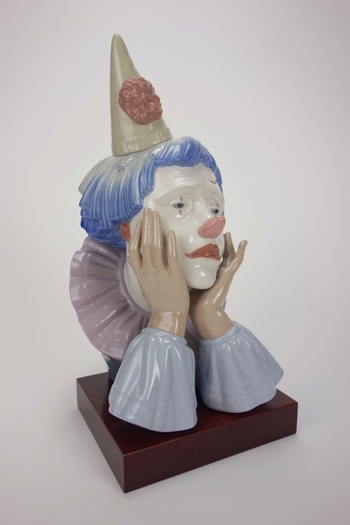 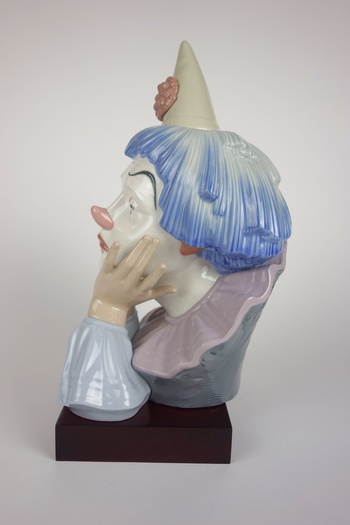 While living in Spain in the early 80's, Gloria and I began collecting Lladro porcelain figurines. This was our first, Lladro # 5129, "Jester". It was designed in 1982 by Jose Puche and retired in 2001. Pulche designed a total of 6 heads, 3 large and 3 smaller. This one, is from the large set and measures 13" h. I'm posting each individually in order to show various angles.