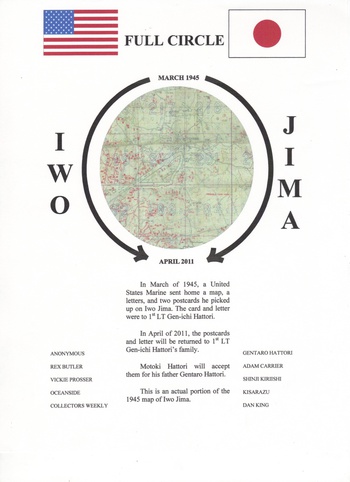 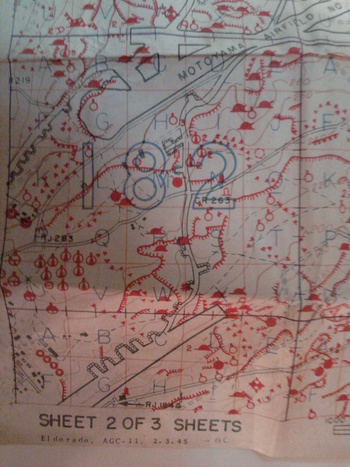 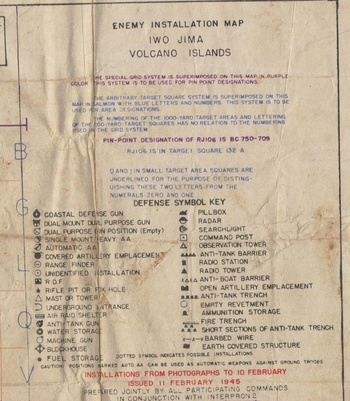 As collectors, we have all learned, over the years, that in each of our fields of collecting there are special treasures. When I was growing up it was a 1955 double die penny or a 1909"S" VDB penny. This is the story of finding a perceived treasure and learning how very wrong I was !

The postings on Collectors Weekly often follow patterns. This should not be surprising. You post your Mother's hat box and then I post MY Mother's hat box and pretty soon there is a category for Mom's hat boxes! And so it was with the Military category. I remember Ttomtucker posted some awesome uniforms, then someone else, (probably AR8Jason), posted something and it was on. I got to thinking about a box of military pictures that I had purchased some time back. I needed to find them and post them! I don't remember if they were in the spare bedroom or in the garage but I eventually found them and started posting the contents. (We don't really have a spare bedroom. It was my son's room and he is off to college. But saying "spare bedroom" makes the house sound so much bigger, doesn't it?

On January 21, I posted the first of a series of four posting about Iwo Jima. They were titled "The Letter", "The Targets, "The Souvenirs", and "The Map". Don't bother looking for them, they have all been removed. I will tell you about them here. In the box of pictures that I mentioned, there were also some letters that I had not given any real thought to. Since I was getting ready to do some posts I thought it would be a good idea to at least look at the letters. Most of the letters were from a United States Marine to his son. The year was 1944. The Marine was in boot camp at Paris Island. Other pieces were from Iwo Jima, March of 1945.

"The Letter" was for me, a particularly touching letter not just from a Marine but from a Dad to his son. "The Targets" was from a Marine to his son. Each envelope contained a target with his progression as he sought his Marksman designation. No letter, just a target, with notations. "The Souvenirs" were items the Marine had sent back from Iwo Jima. A letter, in Japanese, two Japanese postcards, and two small pieces of card board with Japanese writing on them, and a map. "The Map" , was the map of Iwo Jima he had sent home.

These posts stayed up for several days. A number of you commented on them. Unbeknownst to me, VikingFan82 had an inspiration of his own. (WAY TO GO !) He researched the Marine's name and found a relative...the son! On day three of the posting, the son of the Marine posted a note on Collectors Weekly, identifying himself as the original recepient of the letters. There really wasn't any thinking about it, I returned the letters to him. I said that I would like to keep the souvenirs and map. He was fine with that. We have exchanged a number of emails since. He prefers to be anonymous, so I took the postings down.

I still had the Map ! Recent stories on Pawn Stars and the History Channel had covered Iwo Jima maps. Score ! Cha-ching! I got on the telephone , I was going to call sombody, somewhere , who knew about this stuff! I did some online research. Iwo Jima was an amazing battle.
Of 22,000 Japanese soldiers on the island, only 212 were taken prisoner! The Marines lost 6,891 men killed and 18,070 wounded. More Marines died on Iwo Jima than in all of World War I. Here in my hands, I hold a remnant of that battle. Words cannot describe...my eyes were blurry and there was a lump in my throat. Some things should never be for sale.

I had the same epiphany VikingFan82 had. What if I could locate the family of the Japanese letter? Calls to local college language departments proved unsucessful. Fortunately the son of the Marine found someone to do a partial translation. I had a name, the Japanese soldier's family name was Hattori, and a town in Japan, Kisarazu. Also, based on the style of writing, I was told that the person was from a relatively well to do family. I don't know how many sites I visited. I tried everything I could think of. One day I stumbled across the fact that Kisarazu had a "Sister City" here in the states. It is Oceanside, CA. I picked up the phone and called Oceanside City Hall. They put me in touch with my new best friend, Vickie. She knew all about Kisarazu, she had even been there, and she had a friend there, who might be able to help. True to her word, she called her friend,Shinji, and he was eager to try to locate the Hattori Family.

On April 1, 2011 Motoki Hattori will be in Oceanside, CA to accept those letters sent to his Great-Uncle 65 years ago.

I made a poster to commerate this event. That is the first picture you see. I have signed them and I am hoping that Motoki Hattori will sign them. Then they will be given to the people noted at the bottom of the poster.

Collectors Weekly, thank you for the forum. VikingFan82, thank you for getting this ball rolling. If you ever think what we do here doesn't matter, please, re-read this!