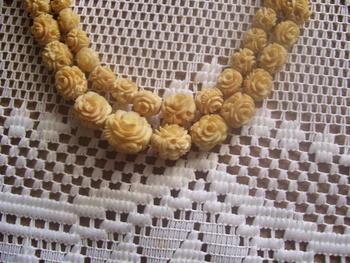 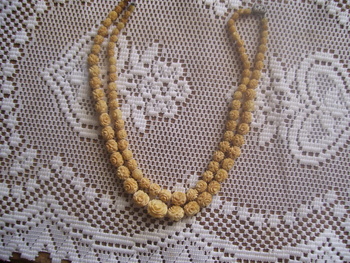 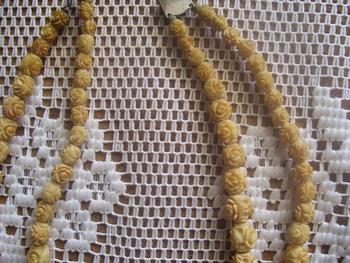 My Great-Uncle gave these to my Grandmother (probably in about 1914-15 )when he was a diamond driller and a world traveler He got this in China,I believe and it quite possibly was old when he bought it.!!! He often bought antiques for my grandmother.This was originally a long chain of graduated ivory rose beads, popular at turn-of-century, and before but somewhere in the late 1930s my grandmother wanted it made into a more modern traditional 2 strand necklace. It was heavy and not long after the clasp gave way--Not long after that she passed away and the necklace went to my mother, when she died it went to me..Now, I am getting up in years--This is illegal to sell ( elephant ivory has restrictions___) I have 2 daughters -but they don't seem very interested.
QUESTION____What do others do with treasures like this.? Would museums be interested?