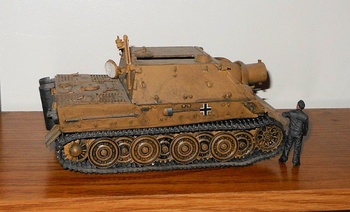 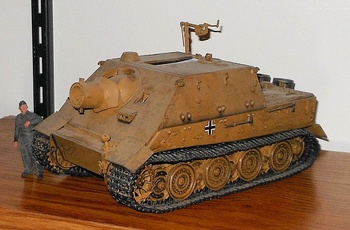 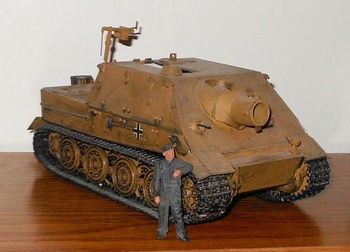 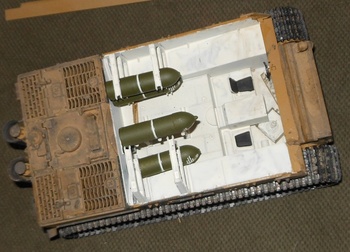 This is a 1/35th scale model of the WWII German armored vehicle assault tank the Sturmtiger. It was built on the chassis of the Tiger I tank, the original vehicle that is. It had a 380mm gun which fired rocket propelled projectiles which were nearly 5 feet long. It was not very accurate but with an explosive charge that large it did not have to be. Only 19 were built. They were very heavily armored. None were ever lost to enemy action but many broke down or were abandoned after running out of ammunition or fuel.
On the model it can be seen that it had its own crane to load the ammunition. It has a detailed interior that shows the ammunition storage. In between the ammunition racks was a moveable carriage to take the ammunition to the gun. The driver's position is on the left side and the machine gunner's position was on the right.
The figure shows how large a vehicle it is.