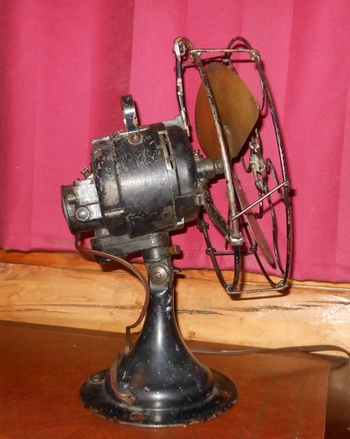 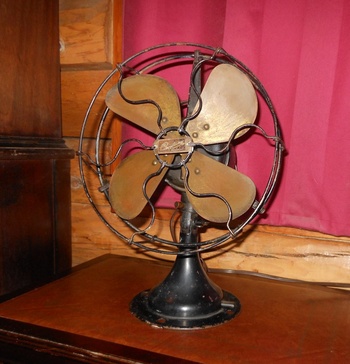 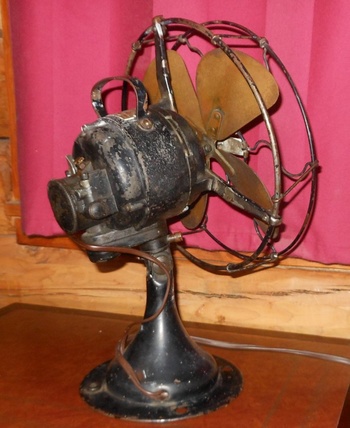 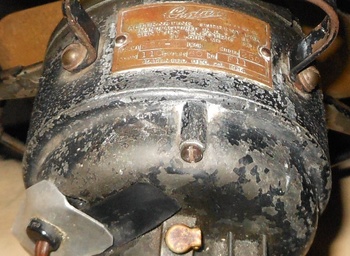 A Century fan about a century old. This is the Model 250 made from 1915 into the 1920s. The fan blades are 9" from blade tip to blade tip. A bit on the small side for a motor that large. Fan motors tended to be on the large size for early fans. This is a one speed fan with an on off lever. Many one speed one would plug in or unplug to turn on or off. The fan oscillates and is in good working condition. The blades are brass along with a few other pieces such as the oil port covers. The oil are just in front of and behind the motor.
Century Fans were bought by Hunter Fans during the depression. Many companies came and went during that time.
The cord has been replaced with a modern lamp cord. Unfortunate as fan motor housing is brittle. They were made from pig iron. There is a bit of a sloppy repair job from damaging the motor housing which I will clean up. As the cord replacement was recent I am hoping everything is loose enough so I can install a proper style cord.