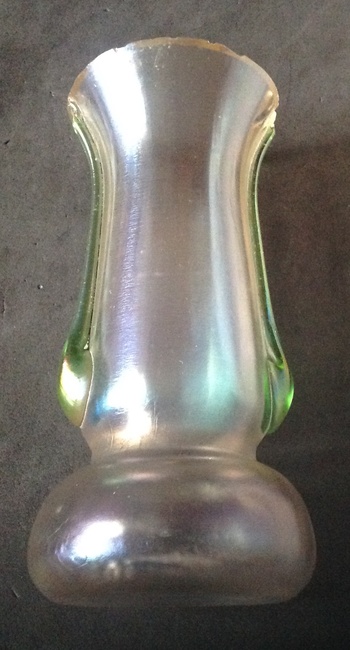 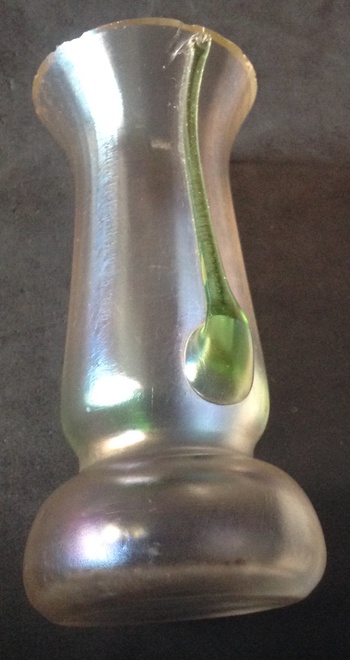 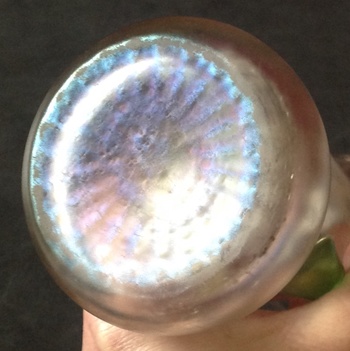 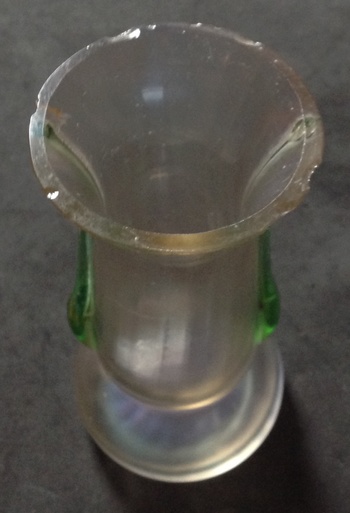 Hi all,
A lovely little "Tadpole" vase 5" tall and fairly heavy for its size.
Sadly it's Very 'nibbled' around the rim.
It has a ribbed body of satin like iridescent glass (is this known as glat?) with two green, also iridescent, "tadpoles" which glow slightly under UV light.
I've not been able to find a vase exactly the same but it's very similar to other Kralik tadpole vases, although I've noticed the tadpoles are facing the other way to usual.

Thank you to everyone for the nice comments and ID