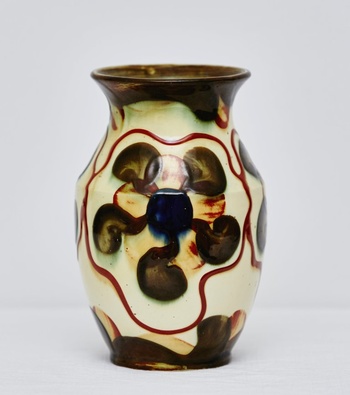 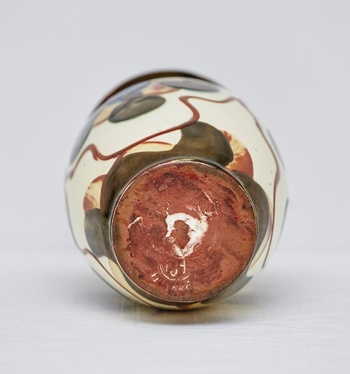 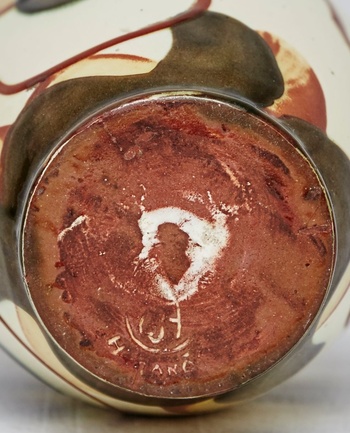 When I first saw this vase on a flea market, I thought it was Danish, perhaps from one of the potteries which used this kind of glaze and decoration in the early part of the 20th century, but when I looked at the bottom, I discovered that it is actually from Sweden. It was made at the pottery named Andersson & Johansson, which was founded in 1909 in Höganäs, an area well-known for its pottery. The pottery is still in existence and operates under the name 'Höganäs Keramik'. I paid very little for the vase as the seller didn't know the mark, and amazingly it is in perfect condition (no chips anywhere) which is usually not the case as this type of glaze is quite fragile.

Here’s a slightly earlier vase from the same pottery: http://www.collectorsweekly.com/stories/141643-large-vase-andersson-and-johansson-hga

Cogito has this fantastic vase from another pottery in the same area: http://www.collectorsweekly.com/stories/141596-hoganas-dwarves-vase-for-1897-arts-and-ind