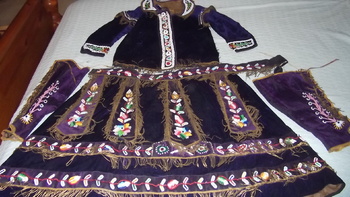 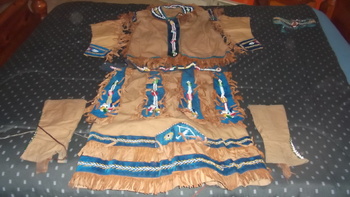 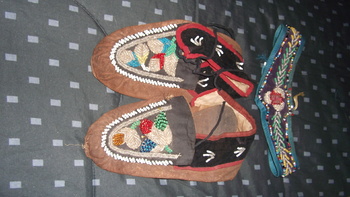 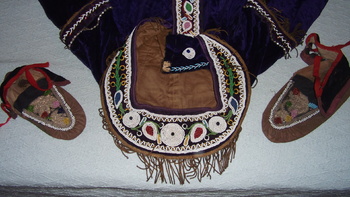 I don't know much about this stuff. It belonged to my great grandmother. I think it might be from the 1930s. My father says it's Native American ceremonial clothing. It's probably imitation, but possibly made by Native Americans. There aren't any tags or anything. It's heavy stuff. There's a lot of beadwork. Anyone know anything about this stuff? I'd like to know more about it and where it could be from. We're from PA by the way, so that's probably where it was purchased and possibly made.