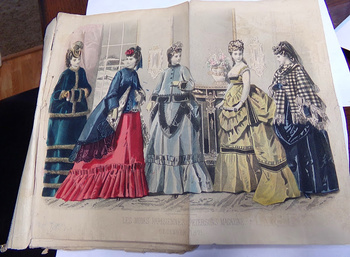 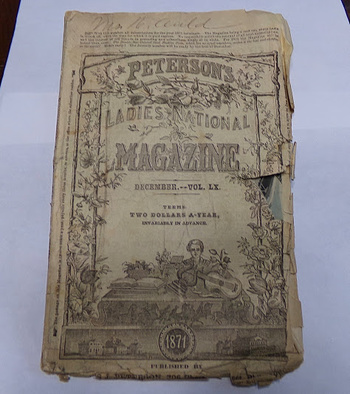 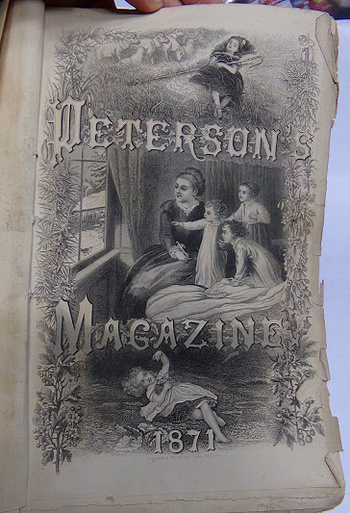 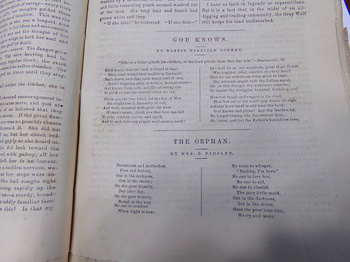 I picked this 1871 magazine up for $5 a few days ago. I thought my mom would love it, as it's Peterson's Ladies' National Magazine with a coloured steel engraving from France in it.

Peterson's was created to compete with another ladies' magazine in 1842 and continued till 1898. It's one of my oldest magazines, albeit I have a full year's worth from 1870 in much better (almost new) condition.

What is also interesting about this issue is that it is the final issue for the year, and they state that on the cover in a long message about ''respectfully solicit[ing]" the next year's series, which will have even more in it than the year before.

Other things of interest include the guaranteed ''cure'' for ''the asthma" and magic lamps. A large call out to "opium eaters" is on the inside cover and offers 'hope' for those trapped in the addiction.

Over all, an interesting piece of history that's a bit cocky in stating all over from cover to cover how great it is.