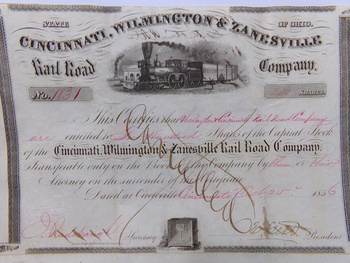 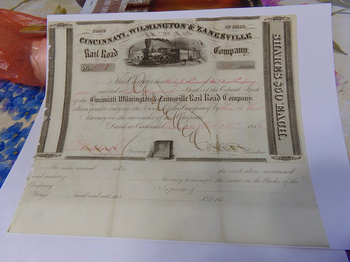 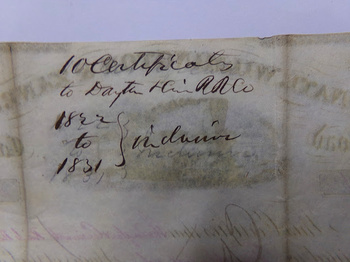 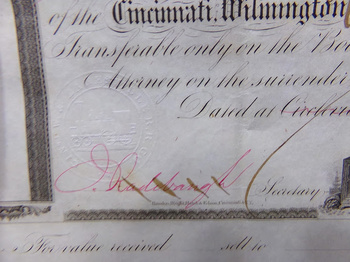 Some of my fondest memories are on the railroad with my dog who is in my profile picture (long deceased.)

Here is a nice 1856 Railroad Stock Certificate that was never fully filled out for 200 shares of $50 stock in the Cincinnati, Wilmington & Zanesville Railroad.
This is the first year the trains actually ran, albeit it was formed in 1851 and saw a name-change in 1869 a couple years (if I recall) after being bought-out.

The purchaser for this stock would have been the Dayton & Cincinnati Railroad Company, on which I can find nothing before 1870.
There were 3 similarly named companies, but none with the name that is is filled out.
I think someone wrote an error and half-way through realised it then cancelled this, or we have an obscure railroad that may have died before it rose.

On the back are notes. "10 Certificates to Dayton + Cin RR Co" and other hardly legible stuff.