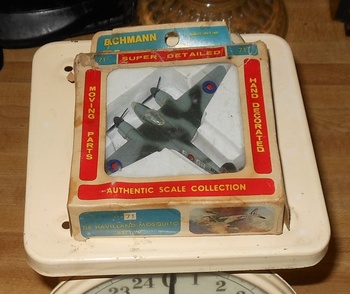 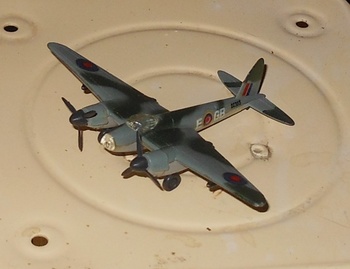 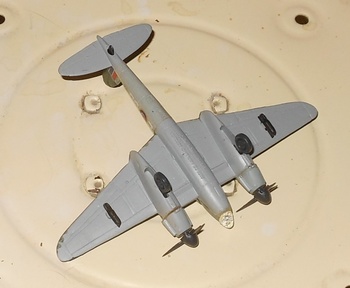 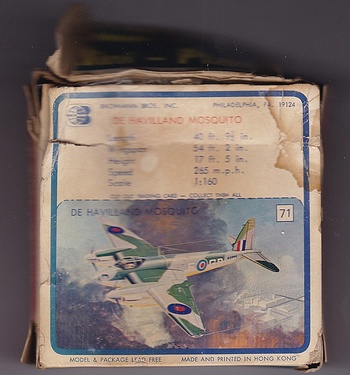 The second of a pair of Bachmann Mini-Planes that I bought for $5 each. The other being the Ford Tri-Motor. The box is in rough shape on this one but the plane is mint. This is from the 1970s. I used to buy these along with Airfix soldiers.
This model is the bomber version of the famed Mosquito plane used by the RAF in WWII. It has a pair of bombs slung under the wings. The real one also had a bomb bay.
And speaking of the real one it was known for being made out of wood. It was light and fast and could keep itself out of trouble but out flying the fighters. With a crew of two it had a pilot and bombardier. There was no defensive armament, just bombs.