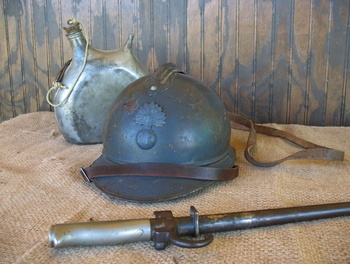 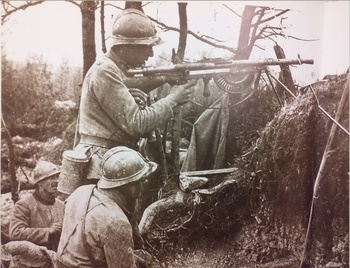 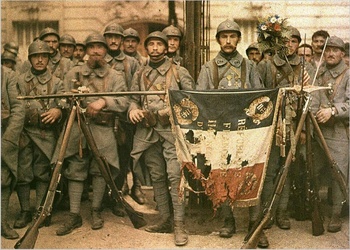 In 1915, an official protective helmet was introduced and it has been forever tied to its creator, Intendant-General August-Louis Adrian. His design was based on helmets used by Parisian firefighters. His creation resulted in a rather complex helmet that consisted of several individual stamped pieces that were riveted and/or welded together.

The actual design comprised an oversized skullcap, a two-piece brim leather band with additional fingers to provide padding that were held together by a drawstring to add support for the wearer. This rested on a tin corrugated metal sheet that was designed to provide both additional ventilation and suspension while the leather chinstrap was attached to a pair of fixed D-rings on each side of the helmet.

The actual thickness of the steel of the M15 was a mere 0.7mm, which was actually even lighter than the contemporary fire helmets, but still provided a great service to the wearer. Five factories began manufacturing these helmets, and by the end of 1915 more than three million helmets were produced and distributed to the French army.