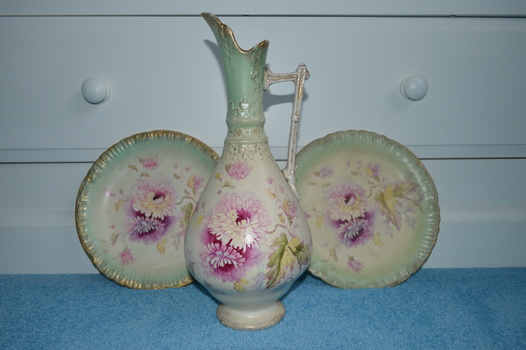 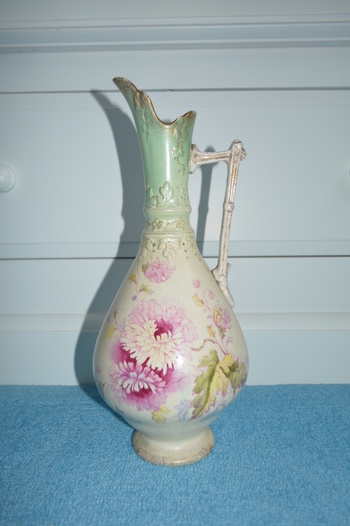 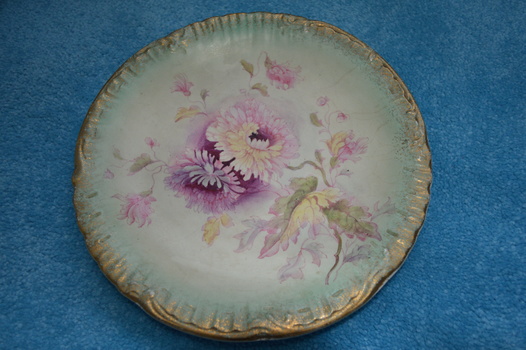 This pottery manufacturers' wares better known under the name Crown Devon. One of the popular theory is this name was introduced around 1905, good thirty years later after establishing the company.
This jug and plates are from before that era, they were made in the late 1890s according to the lion on crown back stamp. They are featuring one of the 'posh' patterns of the firm.
This English company existed little bit over a hundred years. Established in 1870s, closed its' gates last time in 1982 - during their time they were one of the biggest names in the pottery industry. They were selling their quality wares all over the world - they had extensive markets in Canada, USA, South Africa, Australia etc, where their products are still found today.