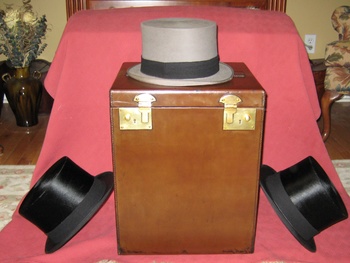 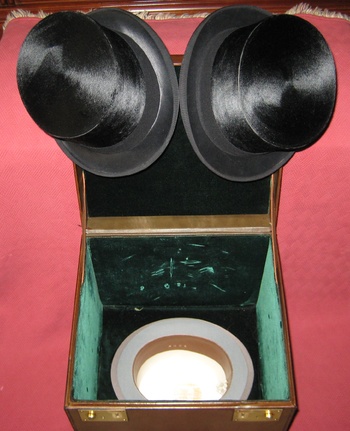 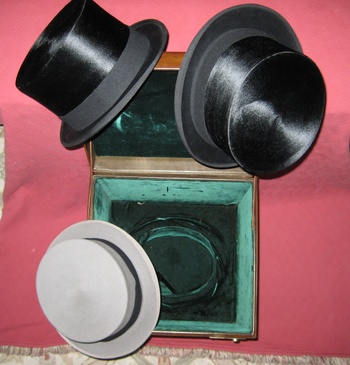 I've had this beautiful set for just slightly over a year now, but I've never posted the entire set together, until now. It's a leather covered triple top hat carrying case with three Knox New York top hats. As you can see, by the 1930 period, the top hat brim style had became more flattened than the turned up brim style of earlier periods. The top portion of the hats had also became quite a bit shorter as well.

Unfortunately, the case is missing the insert that held the remaining two hats. The two black hats are covered in silk made from a mixture of rabbit and ermine to resemble beaver silk. The grey hat is covered in wool felt.

It could possibly even have been owned by a very high status businessman as well. Anyway, I'd love to find the history of the person who once owned this case and top hats.

If anyone has and information or thoughts on who this beautiful set would have once belonged to, I'd more than welcome your input.

Thanks for stopping and having a look!