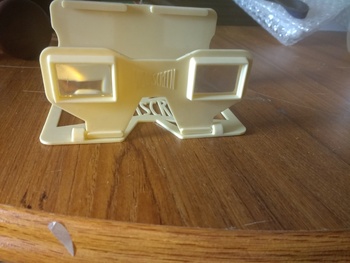 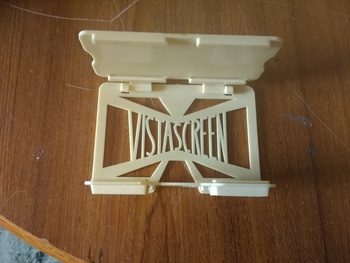 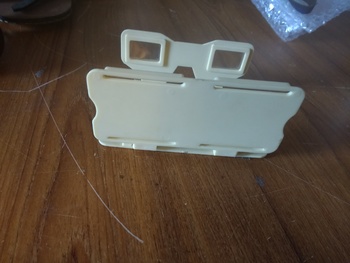 An Original Vistascreen foldable twin view square viewers in plastic ivory, I'm not familiar with a Vistascreen even though I know all about the viewmaster which was a rival.

Vistascreen viewers were made at the beginning of the 1960's by The Vistascreen Company Ltd. (16 Soho Square, London). They were manufactured in either red or ivory coloured plastic and folded down for compact storage. They were priced at 1/6d (7.5p in today's money)

Generally the degree of 3D vision obtained from these viewers was good. Pictures were supplied in booklets, each containing 10 different views (Cost approx 2 shillings and sixpence 12.5p in today's money).

Weetabix (Burton Latimer, Kettering, Northants) also made a promotional version and gave away slides with it's breakfast cereal. It was exactly the same as the standard viewer with the exception that it had the Weetabix name embossed in gold on the viewers reverse