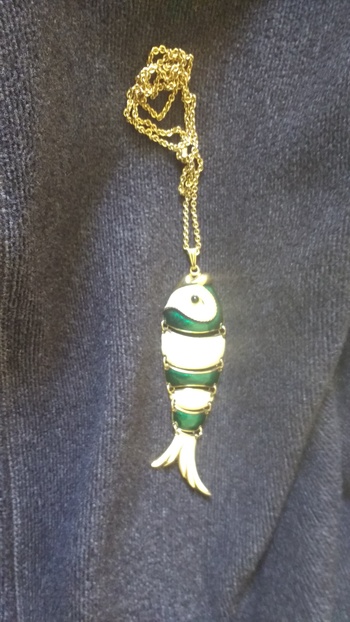 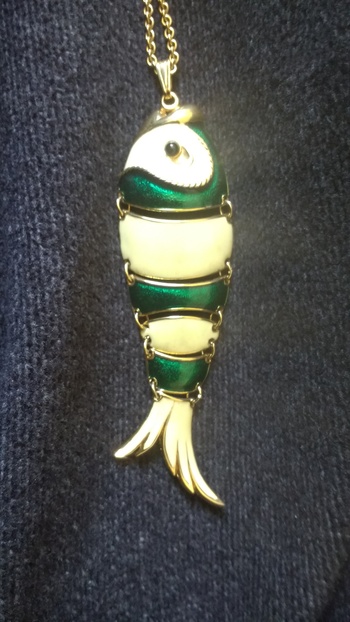 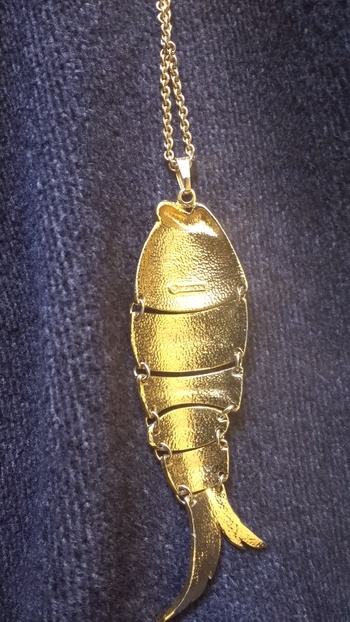 I'm not into Jewellery and never buy it, but today in a Car Boot Sale I found this.

I thought it was practically stunning. D'Orlan 2340 articulated fish on gold coloured metal with cream and green enamel and a black eye. Vintage retro 50s,60s,70s possibly.

In 1979, Marcel Boucher’s company was sold to D’Orlan Industries of Toronto, Canada. The workmanship and details on the jewellery being produced from the Boucher moulds by D’Orlan is of high quality.

In 1984, D’Orlan Jewellers Ltd. formed a partnership with the Nina Ricci enterprises of Paris, France (known throughout the world in the fashion industry for French designs and French luxury goods including perfumes). Together the companies developed a high standard plating process that is highly regarded to include a 22 karat triple-plated finish over a pewter base metal that ensures a consistency of colour. This process has also been incorporated into the Nina Ricci jewellery. D’Orlan and Nina Ricci costume and precious jewellery is sold throughout the world in Nina Ricci Stores, in high end department stores and boutiques.