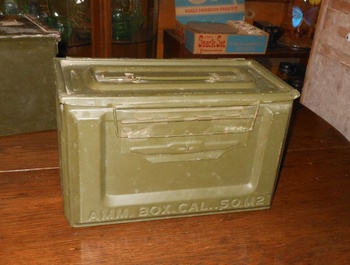 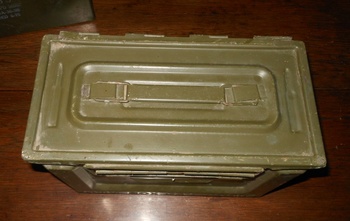 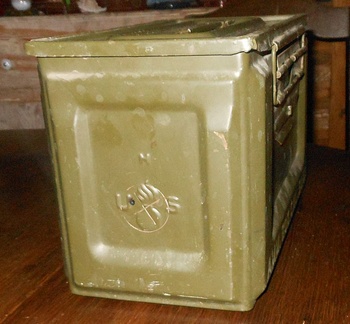 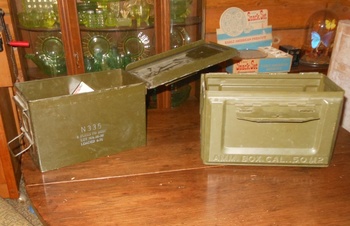 Something I picked up in one of the Bakersfield antique malls. This is a .50 caliber ammo can for the M2 machine gun aka the Ma Deuce.
These ammo cans much less common than the smooth sided, stenciled ammo cans found at army surplus stores.
This one is embossed with the information as to what gun it was intended and bullets on top. One on end is the flaming bomb arsenal mark. Also it opens from the front instead of the side like the more common version.
I have both versions side by side in the last photo.